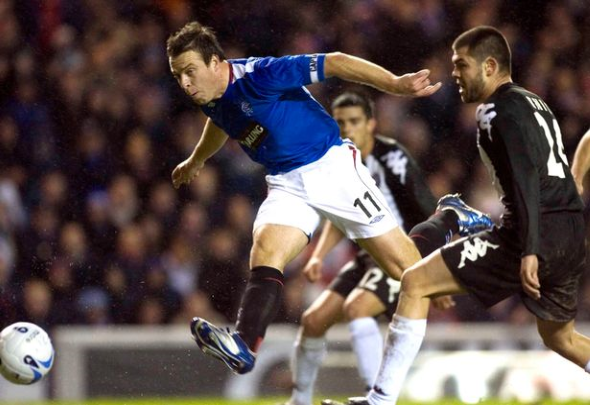 Former Rangers captain Gavin Rae admits he “wasn’t sure” when the club decided to appoint Graeme Murty as manager but thinks his former international colleague is doing great.

Murty was catapulted into the Ibrox hotseat on an interim basis for a second time when Pedro Caixinha was sacked in October before being confirmed as boss until the end of the season on December 22nd.

Rae got to know Murty after being in a number of Scotland squads with the then-Reading captain and, after spending some time at the Gers’ Auchenhowie training ground recently, thinks the Gers boss is “switched on.”

“I wasn’t sure because I knew Murty well enough from being in a few Scotland squads with him but he’s certainly progressed well in the coaching side in terms of going into the youth sides,” Rae told SoccerFM, as quoted by the Scottish Sun.

“It seems like he’s switched on but I stood and watched training with him when I was back and it was great, I loved it.

Murty has taken the Gers into second in the Scottish Premiership and is in pole position to land the job on a long-term basis at the end of the season.

The former Scotland international joined the Gers in August 2016 as Under-20’s head coach after stints working in Southampton and Norwich City’s youth set-ups.

Murty had a short spell in charge last season after Mark Warburton resigned before handing over to Pedro Caixinha in March 2016.

Rae won’t have been alone in having concerns over Murty when he was first put in charge of the first-team and, despite some disappointing results during his tenure, most will be happy with the way he has managed the side The Gers look to be a safe bet for second in the league now this season and could end their seven-year wait for a trophy by lifting the Scottish Cup in May. He’s still got areas to improve but it is clear he is getting better with every passing week and looks more comfortable in the role after initially looking a bit lost.