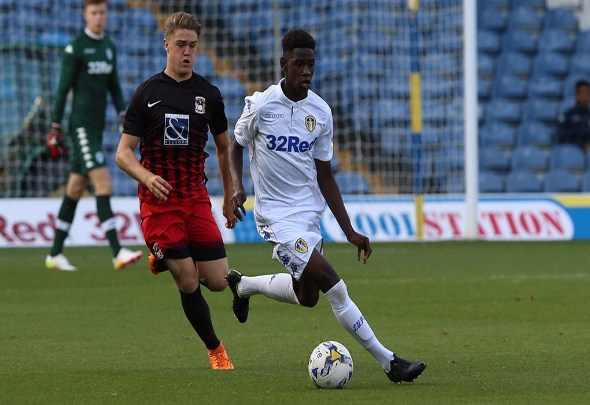 Ian Harte has offered his congratulations to Leeds youngster Clarke Oduor after it was announced on Monday that he had agreed a new deal with the club.

The Yorkshire giants announced on Monday evening that that the 17-year-old midfielder had signed a professional contract with the club after impressing in the youth system this campaign.

The young starlet has made a total of 13 appearances for the Under-18s and Under-23s teams and has been rewarded with a deal taking him up to the end of the 2018 campaign.

Leeds have a good history of bringing through young players from their ranks with Aaron Lennon, Jonathan Woodgate and Danny Rose included in the names to breakthrough the side.

They also have a number of academy products in the senior team under Garry Monk, with the young manager including Ronaldo Vieira, Lewie Coyle and Tyler Denton in his match squads, while Charlie Taylor and Kalvin Phillips were already established.

Fans will now be hoping that Oduor’s name can fall alongside the aforementioned in a successful career for the club.

In other Leeds news, the club have slapped a mega price tag on their first team star.