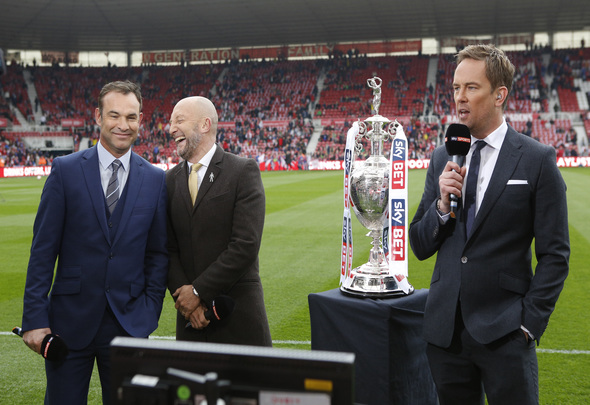 Under-fire Villa boss Roberto Di Matteo could reportedly be axed, if his side fail to win at the weekend.

The Midlands side have not registered a win since beating Rotherham 3-0 in August, which has put increasing pressure on the Italian.

Villa conceded a 90th minute equaliser in their 1-1 draw against Barnsley on Tuesday night, the fifth time in ten games they have conceded a goal after the 85th minute.

Sky Sports pundit Holloway has urged Di Matteo’s men to be attacking, as he backed them to be victorious on Saturday afternoon and pick up a clean sheet in the process.

“Preston is a difficult place to go but Aston Villa are starting to build some momentum,” Holloway wrote in his Sky Sports column.

“I’m going against my mate Simon Grayson, but Villa showed signs last weekend against Newcastle. They had to fight to get the equaliser, which they did, and I felt they were the better team against a very good side.

“They need to get their balance right, though, and figure out what kind of team they want to be. Are they a defensive or attacking side?

“With the players they have got, I think they should be attacking and if they set up to go at Preston, they can win.”

Villa have not picked up an away win since the first game of the 2015/16 Premier League season, when they beat Bournemouth 1-0.

This season the claret & blue club sit 17th in the table, with one win, seven draws and two losses to their name.

In contrast, Simon Grayson’s Preston are also struggling in 19th place and level on points with their opponents for the weekend.

In other Aston Villa team news, these three players must fire for Villa to beat Preston on Saturday.