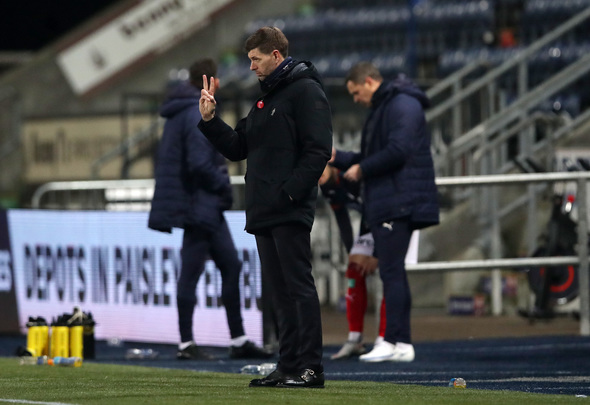 Alan Hutton has blasted Brandon Barker after his limp display for Rangers against Falkirk on Sunday.

Speaking exclusively to Football Insider assistant editor Russell Edge, the former Gers and Scotland star insisted the 24-year-old was the only player who failed to deliver in the 4-0 win at the Scottish League One side.

Barker lasted 26 minutes at the Falkirk Stadium before he was forced off with a suspected ankle injury, with Glen Kamara taking his place. 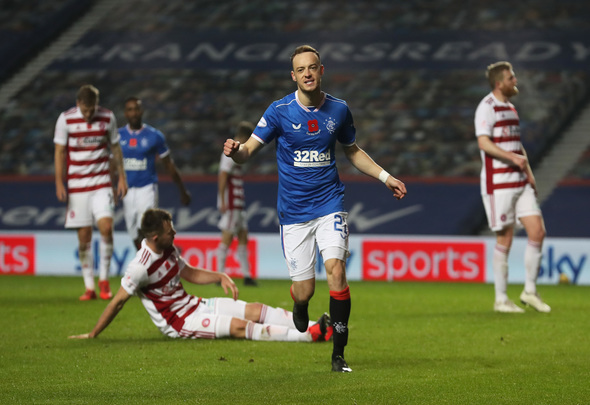 The former Manchester City man has been in and out the Rangers side this season but Sunday threw up the chance for him to stake his claim among other fringe figures at Ibrox.

However, despite his injury blow, Hutton admitted he was disappointed with what he saw from Barker and insisted he had let his teammates down while others, including a number of youngsters, had shone.

Asked how impressed he was with the players that came into the side, Hutton told Football Insider: “It’s amazing, I think it just actually shows you the strength and depth Rangers have got at the moment.

“That was, in my opinion, what they were messing over the last couple of seasons but he’s identified the problems, he’s fixed that and they’re looking strong throughout.

“The likes of Defoe coming in, Itten coming in, Zungu, that we’ve not seen much of, who I thought put in a good performance on his first outing, really.

“The only one for me that didn’t perform was Brandon Barker. I know he went off, probably a slight injury, but I mean that’s the only concern on the night but, on the positives, the youngsters are coming through as well which is unbelievable at the moment.” 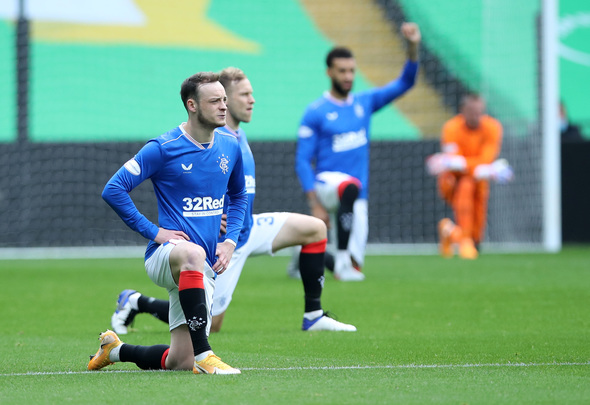 Barker has now started five games in 10 appearances across all competitions this season, with two goals under his belt.

Gerrard also handed the likes of teenage duo Ciaran Dickson and Leon King the chance to get some first-team action from the bench on Sunday.