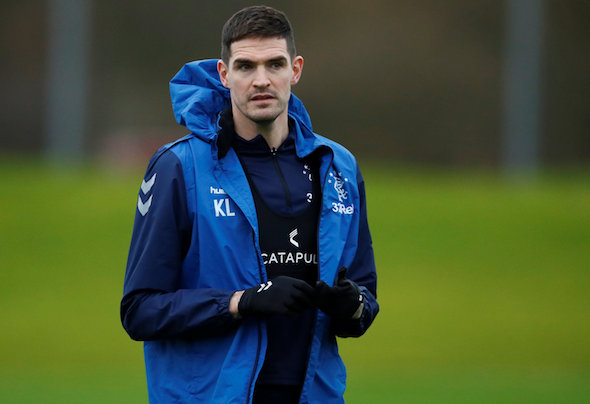 Ibrox fan favourite Kyle Lafferty will struggle to find a club in Scotland that will take him after his departure from Rangers, according to Jackie McNamara.

The former Scotland international, speaking exclusively to Football Insider, has tipped the forward to seal a move abroad rather than remaining in the Premiership next season, having seen his return to Ibrox cut short after just one season.

Rangers confirmed on Wednesday that they had terminated the contract of the 6ft 4in Northern Irish hitman by mutual consent, leaving him to pursue his next move as a free agent.

McNamara insists that the wage demands of the colossal 31-year-old, who signed on for a second stint with the Gers in the summer of 2018, will scupper any chance of him moving to another club north of the border.

“I think it was on the cards that he would be leaving,” McNamara told Football Insider.

“He’s a player that wouldn’t just sit around for the sake of it just because he’s at a club he likes, he’ll want to play at this stage of his career and that’s shown to be the case. He’ll be looking for something else.

“I don’t think Scottish teams will afford his salary, I think he’ll go overseas or a team from England will take him and give him what he’s looking for. I think it’ll be more likely to be overseas.”

Lafferty featured 30 times for Rangers during his second spell at the club, managing to hit the back of the net six times across all competitions.

He has a total of 164 games under his belt at Ibrox, having also picked up 70 caps and 20 goals for Northern Ireland.

In other Rangers news, it can be REVEALED the club have secured a recall option in the contract terms of an exit-bound Englishman.