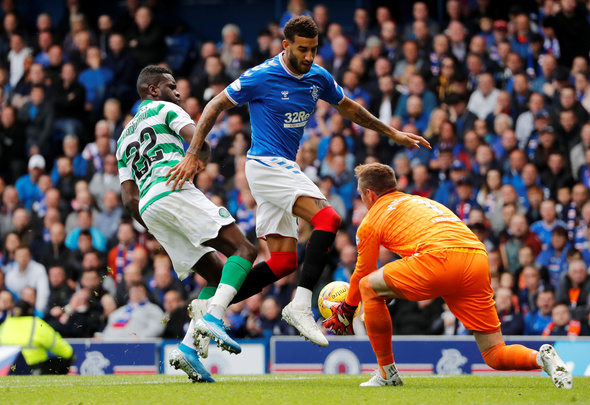 Jackie McNamara has claimed that Rangers duo Connor Goldson and Nikola Katic could not handle the pressure that Celtic put them under in the 2-0 Old Firm defeat.

Speaking exclusively to Football Insider, the former Scotland international says that the centre-back pairing were not given the time or space they would have wanted at Ibrox as the Hoops’ midfield and attack played a high pressing game.

The duo saw Odsonne Edouard net first after latching onto a well-weighted through ball, before Jonny Hayes sunk any chances of a draw late into injury time.

After an uncharacteristically shaky performance from the Rangers defenders, which saw a number of poor passes and rushed decisions, McNamara insists it was the constant pressure from the Celtic players which contributed.

He told Football Insider: “They didn’t give Rangers any chance to settle.

“Celtic put them (Katic and Goldson) under a lot of pressure. They like time and space but they didn’t get that at all.

“They were harassed and pressured – it was more Celtic’s play than the other way around.”

The Rangers centre-backs, who were both brought into the club back in 2018, have been Steven Gerrard’s preferred pairing at the heart of the defence despite the arrival of Filip Helander over the summer.

The former Bologna man has managed to make just two appearances across all competitions so far.

In other Rangers news, McNamara has raved to Football Insider over one Ibrox star who “opened the game” up against Celtic.