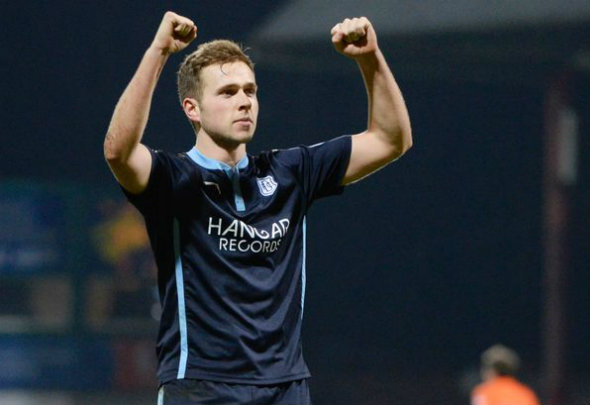 Rangers are set to continue their pre-window signing blizzard with the capture of Birmingham City playmaker Greg Stewart after he agreed personal terms, Football Insider understands.

Steven Gerrard’s side are confident of adding the 29-year-old to their squad after already agreeing the permanent capture of Steven Davis and pre-contract deals for Kilmarnock winger Jordan Jones and Motherwell forward Jake Hastie.

An Ibrox source has told Football Insider that Stewart has accepted Rangers’ offer of a three-year contract and settled terms, including signing-on fee and bonuses.

He is in line to become their fourth summer signing even though the window has not officially opened for business.

The number 10 is contracted to English Championship side Birmingham until the end of next month and he will then become a free agent.

He has spent this season on loan in Scotland, at Kilmarnock in the first half of the campaign in then Aberdeen since the January window.

Stewart has been less effective for the Dons, with the bulk of his 10 goals and 10 assists from 36 matches this season coming for Steve Clarke’s side, but he scored the winner in Sunday’s 2-1 SPL win over Hearts.

Rangers director of football Mark Allen has admitted the club are in the market to sign a playmaker.

He told Rangers TV: “I don’t think it’s a secret to say we’re looking at somebody in that attacking midfield area that can bring us a little bit of joy towards the top end of the pitch.

In other Rangers news, it can be REVEALED that Steven Gerrard has given a defender at the club his marching orders after big development.