Alan Hutton has been left raging after Aston Villa saw a late equaliser controversially ruled out by VAR against West Ham.

The former Villa and Scotland defender, speaking exclusively to Football Insider assistant editor Russell Edge, admitted the review system had become a “nightmare” and insisted it was making on-field officials “look like a bit of an idiot”.

The injury-time call, which saw Ollie Watkins’ strike chalked off for offside, condemned the Villans to a 2-1 defeat. 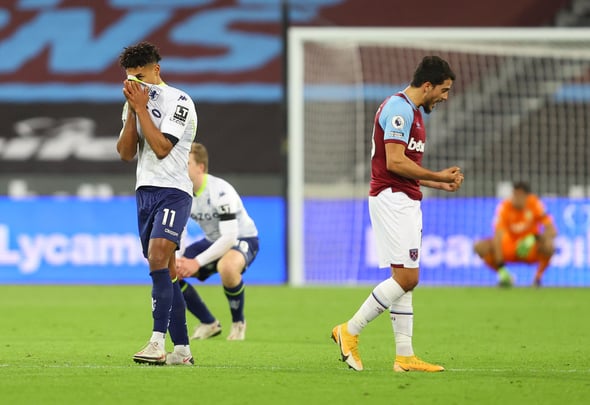 The decision was widely criticised by the likes of Dean Smith, Jack Grealish and Jamie Carragher after the game, with the Villa star taking to Twitter to voice his frustrations.

Hutton has joined in with the criticism and insisted the officials must reevaluate how the VAR system is used.

Hutton told Football Insider: “For me it’s just a nightmare, they need to take a serious look at it because it is spoiling the game and I’m not just speaking from a Villa point of view, it’s happening several times throughout the weekend.

“Players don’t know – do they celebrate, do they not celebrate, are they off by a toe? They’re marking it with your arm but you can’t score with your arm – it’s just crazy, it’s so unclear at the moment and somebody has to have a look at it and just clear it all up for everybody.

“It’s all subjective, it depends on how you look at it. We know the technology is there but your opinion might differ from mine. It makes the onfield referee sometimes look like an idiot because he’s not really in control.

As for VAR, I’ve shared my views before and it’s now just getting borderline embarrassing with some off the decisions. Ruining the game 🥴

“He’s been asked to go then look at something, change his mind and it’s somebody else’s opinion or view on the matter. I understand it’s difficult and they’re very close, minimal between offsides or whatever but for me, at the moment, it’s ruining it.

“We’re talking about it too much and it’s happening every single game. They need to reevaluate it, look over the rules and try and make it more clear.”

In other Aston Villa news, Football Insider has revealed John Terry’s stance on quitting the club for Derby County.