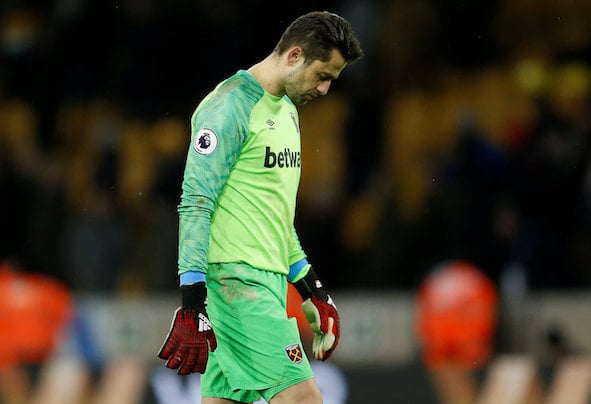 The former Manchester City and England full-back, speaking exclusively to Football Insider, was left jesting about how the Spanish stopper has been a crucial member of the squad at Anfield after Alisson’s own injury setback, having acted as backup to Fabianski all of last season.

As revealed by Football Insider, the Polish shot-stopper is set for months on the sidelines after tearing a muscle, with Roberto set to take his place in the starting XI after taking Adrian’s place as the goalkeeping understudy.

Discussing the injury blow to the Hammers’ mainstay between the sticks, Mills joked about Adrian leaving the Hammers for Liverpool and the impact he has had at Anfield, with Football Insider having revealed that the Irons were unwilling to offer the 32-year-old the £50,000-a-week he is being paid by the Reds.

Mills told Football Insider: “If only they had a fantastic backup keeper like Adrian – oh no, wait, he’s at Liverpool, isn’t he?

“Hopefully he’ll be quick very, very quickly. Fingers crossed that he’ll be back for West Ham but that’s what you have to work with, every team has to work with injuries. Look what Liverpool have had to do.

“They’ve lost Alisson, had to tweak the way that they play slightly, it’s part and parcel of football. I’m sure whoever they choose will be an adequate replacement.”

Fabianski has been Manuel Pellegrini’s first choice in the Premier League since arriving from Swansea in the same summer as the manager, playing 45 times for the Hammers across all competitions.

Adrian, who spent six years in east London, turned out in 150 games for the Irons, acting as the club’s number one for a number of seasons.

In other West Ham news, it can be REVEALED by Football Insider that the club are readying talks to sign attacker from Premier League giants after permission granted. 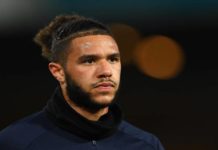 Sources: Leeds in fight to keep Roberts as he snubs new contract offer