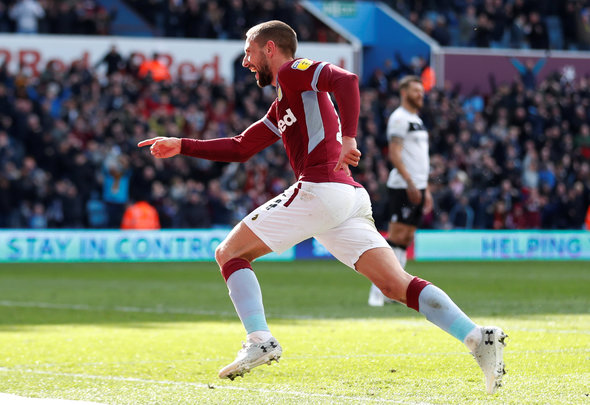 Former Leeds United star Noel Whelan has gone on the warpath after Aston Villa’s Conor Hourihane avoided a ban for his actions in the controversial draw last week.

The Villa star was at the heart of a melee following a contentious goal scored by Mateusz Klich and speaking exclusively to Football Insider the Leeds supporting pundit was highly critical of both the player and those who reviewed the incident.

It was Hourihane who grabbed Klich by the shirt immediately after the ball hit the back of the net while he appeared to punch the Polish international in the stomach in a moment missed by the officials but caught on camera.

However, despite being seen by those watching on television, the Aston Villa man was not handed any retrospective punishment and it left Whelan fuming.

“If you’re out on the street and you punch somebody, it’s grievous bodily harm,” the former White exclusively told Football Insider.

“I don’t know who they have on their board to analyse these sort of incidents but whoever it is is either incapable of doing their job properly, blind or very stupid.”

While Hourihane escaped without punishment, Patrick Bamford was suspended for two games for simulation and Anwar El Ghazi saw his red card rescinded.

In other Leeds United news, Football Insider pundit Danny Mills has exclusively revealed which Whites ace needs to buck up his ideas at Elland Road.