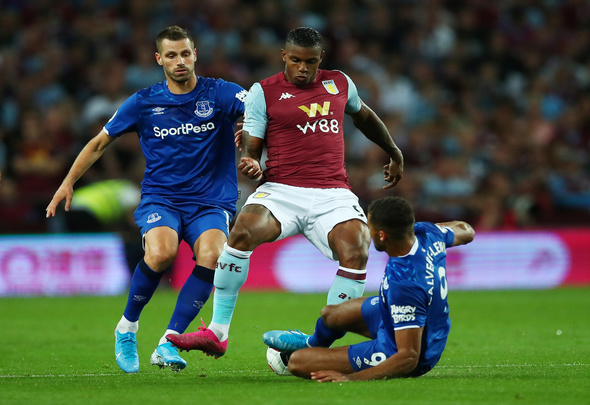 Darren Bent has slaughtered the performance of Everton midfielder Morgan Schneiderlin after the Toffees’ defeat to Aston Villa on Friday night.

The former Tottenham and England striker, speaking exclusively to Football Insider, says that the 29-year-old served no purpose to the side as they succumbed to a 2-0 loss, tearing into his negative passing decisions.

The Frenchman returned to the starting XI for Marco Silva after being suspended for the 1-0 win over Watford.

Bent says that midfield counterpart Andre Gomes can perform the same duties to a better standard and questioned exactly what the former Southampton and Manchester United star had to offer.

Bent told Football Insider: “Morgan Schneiderlin, he never passes the ball forward so being a front man that infuriates me. For me, he’s doing a job that Andre Gomes can do anyway, but Gomes can do it better – he’s a good passer of the ball, creative midfield.

Schneiderlin has played 72 times for the Toffees since moving from Old Trafford, with a total of 187 Premier League appearances under his belt.

Marco Silva’s first season in charge saw the Frenchman struggle for game time, with just 16 outings across all competitions.

In other Everton news, Football Insider can reveal that a European giant has made a move for one of the Toffees’ players in the squad against Villa.