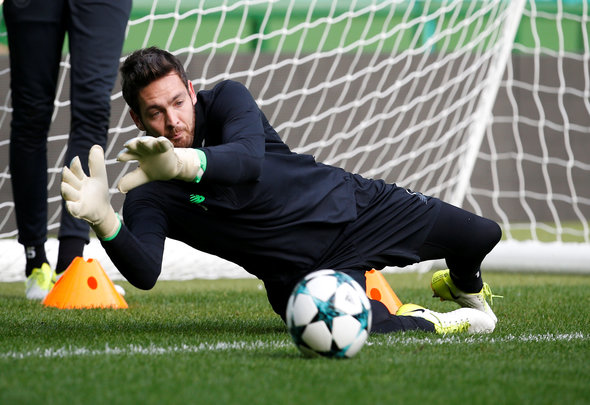 Celtic goalkeeper Craig Gordon has been out since January with a knee injury, and since then he has seen two players take his place in the side, and one of those may provide a shock battle to Gordon’s hopes of becoming the Hoops’ number one goalkeeper once he is fully fit.

When Dorus de Vries took over from senior player Gordon he wasn’t convincing at all between the posts, culminating in another poor performance in Europe, this time against Zenit in Russia.

However, January arrival from Dundee Scott Bain has been a revelation since replacing de Vries in goals, who suffered an ankle injury prior to the recent Old Firm derby.

Bain was superb in the 3-2 win over Rangers, making two vital saves from Alfredo Morelos in the second-half. He then turned in his second good performance in a row for the Hoops against Motherwell on Sunday, making two excellent stops from Curtis Main.

At this moment in time, Bain deserves to remain in goals even when Gordon returns from his knee injury – and that should be relatively soon, as the Daily Record recently reported that he was back in full training.

Despite the good form of Bain, Rodgers may well elect to return to Gordon when he is fit, as he has always been loyal to the players he considers first choice – Dedryck Boyata, for example.

At least if Gordon does return to his position as first choice goalkeeper, the Hoops have an able back-up in Bain, which is something you can’t say about de Vries.