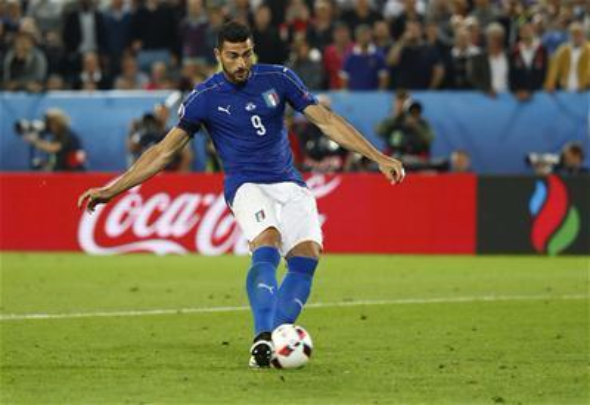 West Ham United’s reported interest in Italian striker Graziano Pelle looks to have ended due to the player’s wage demands, an insider from the club has claimed.
ExWHUemployee made the revelation on their Twitter account that the Hammers would not be able to match the player’s £250,000-per-week wage that he currently receives in China and wants the same if he is to return to the Premier League.

Pelle, 32, moved to the Chinese Super League from Southampton in July 2016 following a relatively successful spell with the Saints. In 2015/16 he scored 11 goals in 30 outings and it was this that earnt him a £13.5m wage per season with Shandong Luneng.
The Italian is believed to be open on a move back to Europe and the opportunity to join back up with ex-teammate Jose Fonte at the London Stadium.
Football Insider verdict:
Unless the Shandong Luneng striker is willing to accept a pay-cut to return to the Premier League, this is a deal that is going nowhere. There is absolutely no way that David Sullivan and co. on the West Ham board are going to sanction this move with the figures that are currently being batted around. However, if Pelle could consider a substantial decrease in his earnings this would be a good move for the Hammers. The 32-year-old knows the league well and has good goalscoring form so would be a brilliant acquisition to the squad, particularly with the number of injuries to key players David Moyes is having to deal with.
In other West Ham transfer news, Sky reports huge transfer development as £4.5m forward move gets green light.