Goalkeeper Allan McGregror is on the verge of re-signing for Rangers from Hull City, according to a club insider.

The Four Lads Had a Dream blog, which has broken a series of stories about the Light Blues ahead of the mainstream media in recent months, hinted on Wednesday that terms have been agreed with McGregor, 36, to return for a second spell.

Asked by a Rangers fan if the club were close to landing the keeper, Four Lads explained on their Twitter account there was a “deal on the table” but Hull had lodged a “very lucrative offer” to keep him.

Nothing concrete either way, I would certainly hope so but we will see

Shortly afterwards, the blog suggested a deal for McGregor was done, with the words, ‘see you soon’ accompanied by an image of the player celebrating.

The highly-experienced shot stopper left Rangers as a free agent when they went into administration in 2012, having made 250 appearances for the club.

Landing one new player before mid-May would be pretty nifty work by recruitment chief Mark Allen, but securing two would be a serious statement of intent. Not enough to have Celtic running for cover, certainly, but adding the capture of 6ft 3in McGregor to the already-agreed one of Scott Arfield would be sound business. Both are both proven performers who have delivered in the Premier League and also know the Scottish game inside out. This appears to be key criteria for Allen ahead of the window as he rights the wrongs of years of wretched recruitment spearheaded by Mark Warburton, Frank McPartland and Pedro Caixinha. The director of football secured some smart deals in January and appears to know how to operate a shoestring budget. Rangers hope the combination of Allen and new manager Steven Gerrard will prove a solid foundation for transfers this summer. It is little wonder they want McGregor despite his advancing year. If Rangers can push the deal over the line, it will make a huge bit of difference. 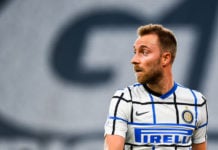