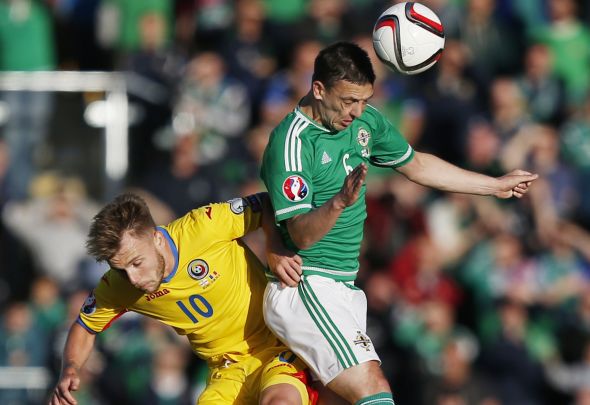 Stuttgart attacker Alexandru Maxim is not interested in a move to Leeds, according to a report.

German outlet Bild claim that the Whites are keen on signing the 26-year-old playmaker in the summer to improve their squad.

However, it is understood that Maxim will not considering a move to the Championship despite the fact he may leave his current side in the upcoming window.

The report details that the Romania international has a poor relationship with Stuttgart and could be sold for £2.6million, despite helping them achieve promotion as champions from Germany’s second tier last season.

Maxim has 27 international caps for Romania and is best recognised as a winger, but can also be used as a central attacking midfielder.

He was in great form last season during Stuttgart’s promotion and provided a great goal threat from the wide area.

Maxim made 27 appearances across all competitions, scoring five goals and supplying seven assists.

First of all Leeds need to focus on appointing a new manager first before they go searching into the transfer market for players. Whoever the manager is though will need to add some extra quality to the squad and goals from midfield is an area that needs some attention. Chris Wood was too heavily relied upon last year for goals and not enough players were chipping in. Stuttgart’s attacking midfielder Maxim has shown his qualities at popping up with goals and assists, but a deal for him now seems impossible. However, he has never experienced English football before and there is no guarantee he would have been a success at Elland Road.

In other Leeds transfer news, a reliable journalist has detailed a development in the chase for Chris Wood.