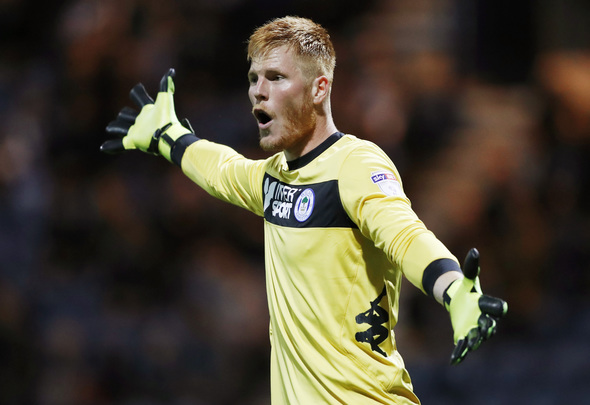 Liverpool goalkeeper Adam Bogdan is most likely to be Leeds United’s next signing in the January transfer window, according to a report.
Sky Sports’ live transfer blog regularly plugs its Football Whispers section, which claimed on Monday [07:52am] that Bogdan, 30, has a strong chance of becoming the next arrival at Elland Road with the transfer deadline now just a few days away.
Football Whispers, which gathers all transfer rumours across the globe and calculates the likelihood of them happening, rates it 4 out of 5 that Bogdan will join Leeds ahead of that deadline.

Yorkshire Evening Post reporter Phil Hay reported on his personal Twitter account last week that the 20-times Hungary international would be a possible loan replacement for Andy Lonergan, who is said to be wanted by Championship rivals Sunderland.

Bit of transfer news: Carlisle looking to sign Mallik Wilks on loan. Sunderland like Andy Lonergan and could table a bid for him before the window closes. Leeds not in a rush to lose Lonergan but Liverpool's Adam Bogdan a possible loan replacement if he goes. #lufc

Bogdan is well down the pecking order at Anfield and has not made an appearance for the Premier League giants since May 2016 when he played in a 1-1 draw with West Brom at the Hawthorns.
The 6ft 3in colossus was sent out on loan to Wigan last season but suffered a serious knee injury and had to be recalled.
The former Bolton shot-stopper, who has spent a lot of his career as a second choice goalkeeper, had been in good form for Wigan before his knee injury, making 17 appearances and keeping six clean sheets.
In other Leeds United news, the Whites are in the hunt to sign this dazzling right-sided flyer from a top six club.
We’ve launched a << BREAKING NEWS FEED>> exclusively for your club. ‘Like Us’ on Facebook by clicking here if you want 24/7 updates on all Leeds United breaking news.