Leon Osman has revealed he is “very excited” about Everton’s approach in the transfer market so far.

The Toffees have moved quickly to strengthen their squad ahead of next season and already made a couple of marquee signings.

The Merseyside club have already secured England Under-21 international Jordan Pickford from Sunderland in a £30million deal.

They confirmed their third signing on Monday as youngster Nathangelo Markelo joined from Dutch second division side FC Volendam and will now link up with the Under-23s side.

Ex-Everton midfielder Osman has expressed his delight with the business of his former side so far and feels “it has been a long time coming”.

“I’m very excited about it {the new signings],” Osman told BBC Radio 5 Live, as cited by their official Twitter account. “It has been a long time coming waiting for us as a club to have the ammunition to go out and buy the players that the manager wants and not wait until the last minute.

“We are doing our business early, the manager has identified his targets and it is really great to see.”

Koeman is keen to help Everton break into the top-six places in the Premier League and is already seriously strengthening his squad to enhance their chances.

They are back in the Europa League next season and will hope to continue their development under highly rated manager Koeman.

Sky Sports reported that Everton are close to signing attacker Sandro Ramirez from Malaga after activating a £5.25million buy-out clause.

In other Everton transfer news, La Liga giants have stepped up their interest in the club’s 23-year-old. 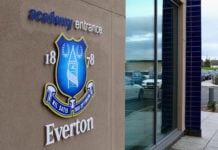