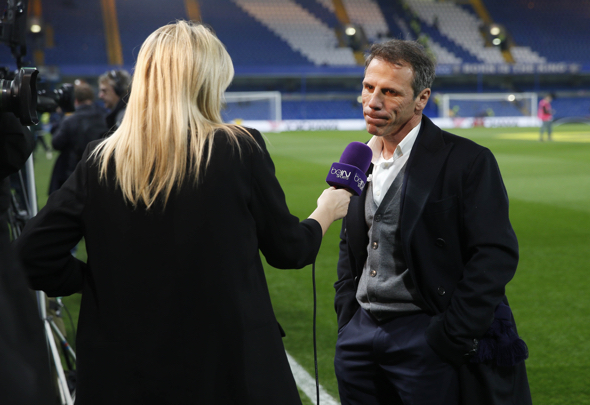 Italian legend Gianfranco Zola has admitted that if Steve Clarke takes the reins at Ibrox then he’ll “take advantage” and get an Old Firm ticket from his former Chelsea and West Ham colleague.

Zola and Clarke played together at Chelsea and the diminutive Italian demanded he had Clarke as his assistant when he took charge of West Ham.

Clarke’s results since taking the reins at Kilmarnock has led to some to push him for the Ibrox job in the summer if the Gers decide to part ways with Graeme Murty.

Zola revealed he would love to attend an Old Firm and would try to make that a reality if Clarke does head to Ibrox.

“I don’t know what will happen, but if Steve were to go to Rangers, I would certainly take advantage of my friendship with him to get a ticket to attend an Old Firm game,” said Zola, as quoted by the Sunday Post.

“They tell me that the atmosphere in the stands for these fixtures really is something incredible.

“You hear that, and you think: ‘This is something I really want to experience at first hand’.”

Clarke has taken Killie from the bottom of the table to securing their place in the top six of the Scottish Premiership and missing out on a Scottish Cup semi-final on penalties.

The former Chelsea ace has also had spells in charge at Reading and West Brom but, after a strong first season struggled to achieve any long-term results.

There are maybe two or three games worldwide – at best – that come close to the Old Firm and anybody who loves the game should do their best to attend at least one in their lifetime. The passion, noise and tension are unlike anything Zola will have experienced in his career and while it might not come with the obscene riches of the Premier League, there’s nothing south of the border that is there can be any sort of comparison made to. When a reserve Old Firm derby can pull in over 30,000 fans you know it is something special. It is no wonder the former Chelsea man wants to visit.