Alex McLeish has revealed that Celtic midfielder Ryan Christie’s recent form has attracted the interest of some of his “English colleagues”.

The 25-year-old began a period of self-isolation earlier this week after coming into contact with Stuart Armstrong who tested positive for coronavirus while on Scotland duty. 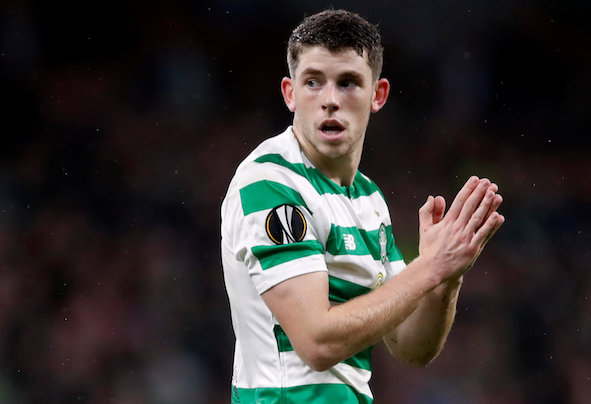 He has returned a negative test but will still undergo four more tests before a decision is made about his availability for next week.

The Daily Record reported last month that Premier League side Burnley were interested in signing the midfielder with Sean Dyche being a long-term admirer of Christie.

Asked by Football Insider how much of a miss he could be for next Saturday’s Old Firm clash, McLeish said: “Ryan Christie has been playing at a great level.

“It’s a shame that Ryan wasn’t available for that game against Israel because the game that I was involved with against Israel he was sensational on the pitch, setting up goals for his teammate James Forrest. Those two combined brilliantly so they do have a rapport.

“Christie has become such an important individual for Celtic and indeed his country now.

“He’s playing to a level where I’ve heard some of my English colleagues say ‘the boy Christie up there is on fire’ about him and I’ve never heard that before.

“So he’s an important player for Celtic.”

Christie has featured in all of the Hoops games this season and has scored three goals and provided seven assists.

Since moving to Parkhead in the summer of 2015, the midfielder has played 107 games netting 35 and laying on 33 assists.

In other news, Alex McLeish has been wowed by an ‘invisible’ Celtic player.