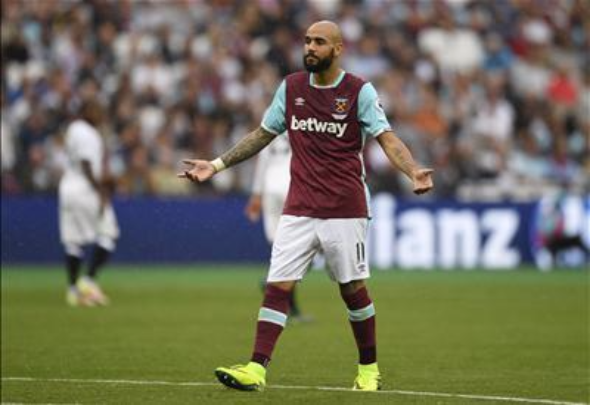 West Ham will be obliged to sign on loan striker Simone Zaza on a permanent deal if he plays 14 games for the club, according to Jack Sullivan.

The Italy international, 25, is struggling to adapt to the Premier League following his summer loan-to-buy transfer after failing to score in his first five matches for the London club.

The Hammers paid Juventus £5m to sign Zaza on a loan deal which contained an obligatory purchase option if he made an undisclosed number of appearances for West Ham.

Sullivan, the son of West Ham co-owner David Sullivan, revealed on his personal Twitter account on Tuesday in an exchange with a supporter that the stipulated number is 14 matches.

However, it appears that the player is more than halfway to a permanent deal with the Hammers.

The striker has come in for a lot of criticism for his overall play with the east London club, who have had a poor start to the season that has left them in 18th place in the Premier League with just four points after seven fixtures.

Zaza was part of a group of 11 senior players who moved to West Ham’s new London Stadium in the summer.

Slaven Bilic had looked to build a big squad which would be able to compete in both the domestic league and the Europa League.

However, West Ham were knocked out at the qualification rounds in Europe by Romanian side Astra Giurgiu.

In other West Ham transfer news, Slaven Bilic is desperate for the Hammers board to complete a new deal for a defender.