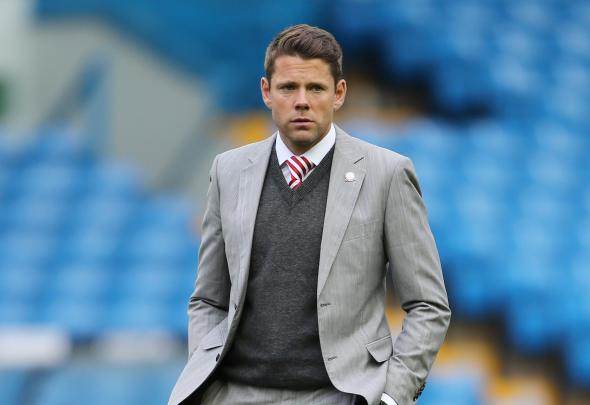 James Beattie has revealed that he is prepared to direct the Leeds players from the touchline against Derby in the absence of Garry Monk.

The FA confirmed on Monday afternoon that manager Monk is banned from the touchline against the Rams after aiming “abusive language” at a match official during the 1-0 loss to Bristol City.

Leeds could also be without assistant manager Pep Clotet as the 39-year-old is currently in his home country of Spain as he and his partner await the imminent arrival of their baby.

If the former Malaga B manager Clotet does not return in time, then Beattie is likely to take charge of the Yorkshire giants from the touchline.

Speaking to BBC Radio Leeds, first-team coach Beattie said that he will be wearing a radio and is ready to direct the Yorkshire giants from the technical area in the absence of the two most senior coaches.

“If it’s me shouting instructions to the boys then I’m more than ready to do that,” Beattie told BBC Radio Leeds.

“I’ll be radio’d up, I put a radio on every game. Garry might see something in the stands which is difficult to see on the touchline, but we will work out a format which is suitable for everybody and for the team.”

Beattie moved to Elland Road in the summer after working with Monk and Clotet at Premier League outfit Swansea, and does have experience of managing a side following his 16-month stint in charge of League Two minnows Accrington Stanley.

In other Leeds news, fans have reacted to the FA’s decision to ban Monk.