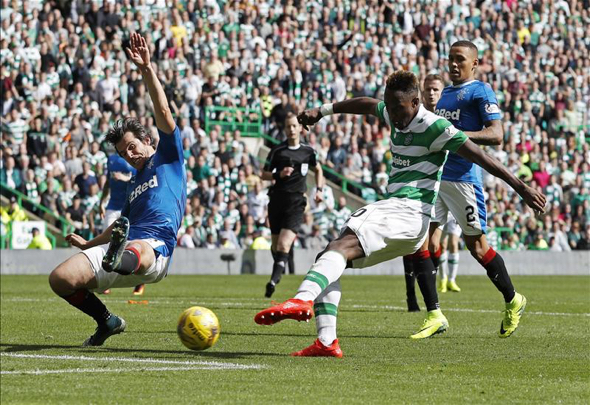 Midfielder Jason Holt has hit out at his side’s lack of consistency following Rangers’ 1-1 draw against Ross County on Sunday afternoon.

The 23 year-old midfielder has made seven league starts this season and produced a good performance against Kilmarnock last week, as Rangers ran out as comfortable 3-0 winners.

However, they were unable to reproduce the dominating display shown at the Ibrox last week and suffered a frustrating result against Ross County on Sunday.

Clint Hill gave Mark Warburton’s side an early lead, but Andrew Davies levelled for Ross County to secure a point for the hosts and Holt admitted the Rangers players were ruing their inconsistencies.

“The result is disappointing but we’re disappointed by the performance as well, we aren’t happy with going from really good last week to not so good this week,” Holt said to Rangers TV, as reported by the Glasgow Evening Times.

“There were a lot of things which weren’t as we had them last week; dynamic movement, forward runs and a bit of everything to be honest.

“That was what was missing and we’re disappointed we didn’t play like we did last week.”

The Gers missed out on an opportunity to move into second place in the Scottish Premiership after a disappointing performance against the bottom-of-the-table side.

The result left Rangers sitting in third place in the table, one point behind Aberdeen but local rivals Celtic are now 11 points adrift at the top of the table and still have a game in hand.

In other Rangers news, Ross County’s skipper gives this damning verdict on the Ibrox defence.