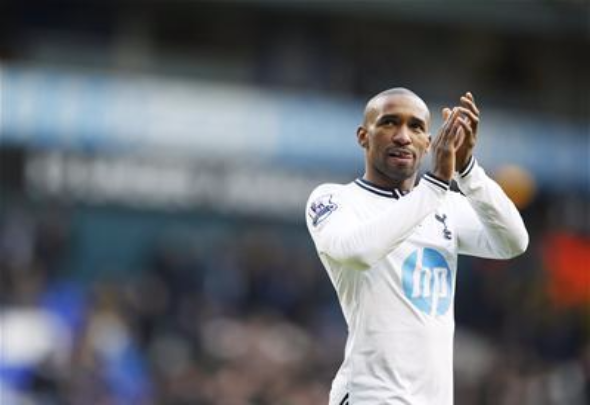 Former Tottenham goal machine Jermain Defoe has told how himself and Leon Knight once wandered onto the White Hart Lane pitch aged 10 while training for the club.

The famous ground is soon to be demolished with Spurs moving into a new 61,000-seater stadium right next door.

This Sunday’s clash against Manchester United is scheduled to be the last ever competitive match at White Hart Lane, which has brought a number of former players to reminisce about the prestigious stadium.

Of those includes Defoe, who played for the club for nine years across two spells and he has told how himself and football troublemaker Knight once went wandering when training for Tottenham and ended up on the White Hart Lane pitch years before he actually played for the club.

“The first time I actually went to White Hart Lane, I was maybe about 10 you know,” told Defoe, as shown in a video on the club’s official Twitter account.

“It’s funny though because no one knows. I think I’ve probably said it a couple of times in interviews, but I don’t think many people know.

“I was training for Tottenham at the time and it was me and Leon Knight. What we did was sort of like, the stadium was closed, but we trained at White Hart Lane. It was like an indoor pitch sort of thing.

“As kids as you do, you sort of like go for a little wonder and that and ended up on the pitch. It’s just funny though as even as think about it now, how maybe I was about 10, 11 and then years later to actually play for the football club and showcase my skills and stuff and score that many goals was sort of like, yeah it’s quite crazy.”

.@IAmJermainDefoe tells the story of sneaking on the WHL pitch as a 10-year-old!

Defoe, now 34 is still going strong in the Premier League and is expected to leave recently relegated Sunderland in the summer after striking 15 goals in 35 league outings for the struggling team.

The 56-time capped England international struck an impressive 139 goals in 358 appearances in total during his time at Tottenham and he will be sure to be among many who will be sad to see White Hart Lane go.

In other Tottenham news, Dele Alli has commentated over Eric Dier’s thunderbolt against Manchester City.