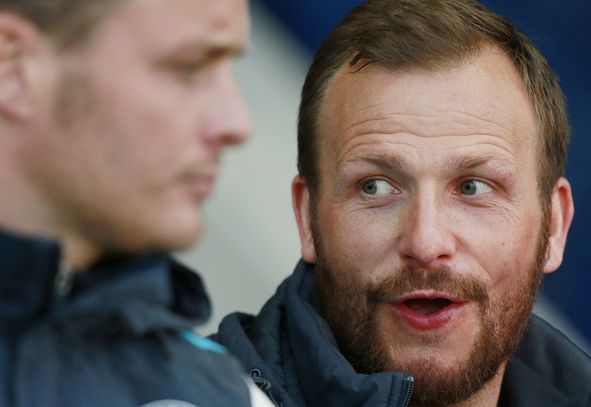 Chelsea Under-18 coach Jody Morris has saluted the performance of Tottenham goalkeeper Brandon Austin during their clash on Tuesday night.

Morris’ side ran out 2-1 winners in their FA Youth Cup semi-final first leg meeting with Spurs, but the Chelsea chief admitted that Austin had made life very difficult for them.

Reflecting on the victory for Chelsea’s official club website, Morris heaped praise on the Tottenham 18-year-old for putting in the ‘performance of his life.’

He said: “He had a great night but we did make it easier for him at times. There were a few chances that we should have put away but there were others where he got down to make an amazing couple of saves.

“You get those nights, we’ve seen it before when you come up against a keeper who’s having the night of his life but the fact their best player was the goalkeeper and they still lost the match just shows how well we played.

“We should have scored five or six.”

Tottenham coach John McDermott was also complimentary about his goalkeeper’s display, delivering his own verdict following the defeat.

Austin has made four appearances for Tottenham’s youth side this season, conceding eight goals, and has been tipped for a bright future at White Hart Lane.

The youngster is still some way off competing with the likes of Hugo Lloris and Michel Vorm for a role in the Tottenham first team, but Mauricio Pochettino can be reasonably assured that the future is bright in the goalkeeping department.

However, he is already working alongside the senior duo in training, as well as 22-year-old Pau Lopez, who is currently on loan at the club from Espanyol.

Tottenham and Chelsea will face off again in the second leg on Saturday evening, with a place in the final at stake.

In other Tottenham news, Ben Davies has revealed the major change in his game this season.