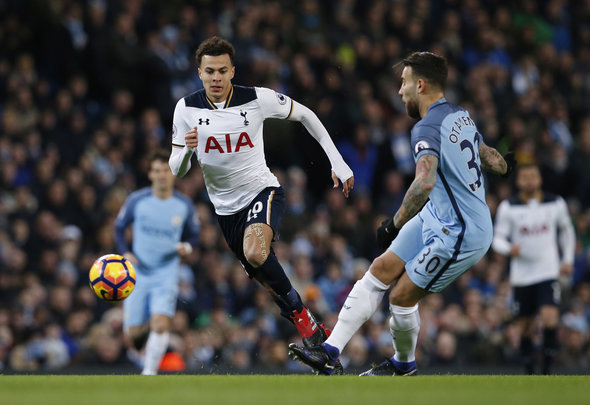 Chelsea legend Joe Cole believes that his former side will win the Premier League this season, but has highlighted the threat of London rivals Tottenham

The former England international has picked out Spurs attackers Harry Kane and Dele Alli as crucial after their performances this season.

Chelsea are currently leading the league table and are eight points above second-placed Arsenal, but the top six teams are all still hopeful of lifting the crown.

Spurs are third-placed in the table and are regarded as one of the main contenders this season.

Mauricio Pochettino’s side showed their spirit on Saturday as they fought back from going two goals down to snatch a previous 2-2 draw at Manchester City.

Ex-Blues midfielder Cole won three Premier League titles with Chelsea and expects Antonio Conte’s side to win the league this season, but is wary about neighbours Spurs.

“You can’t see anything other than Chelsea winning the league now,” Cole said, as quoted by Chelsea HQ’s Twitter account. “The only thing that makes me a bit nervous is I think Tottenham look like a good team this year. Harry Kane and Dele Alli I think would get into most teams around the world now.”

Spurs’ draw at Man City meant that they have won seven of their last eight games across all competitions and they are currently in a purple patch of form.

Cole highlighted the quality of English attackers Harry Kane and Dele Alli, who have been crucial in the north London clubs form this season.

Kane has scored 15 goals in just 20 matches this season and is continuing to be one of the most clinical finishers in the Premier League.

Meanwhile, Alli has made 28 appearances across all competitions this campaign, scoring 12 goals and supplying three assists.

In other Tottenham news, a Sky Sports pundit has revealed he is blown away by the club’s youngster.