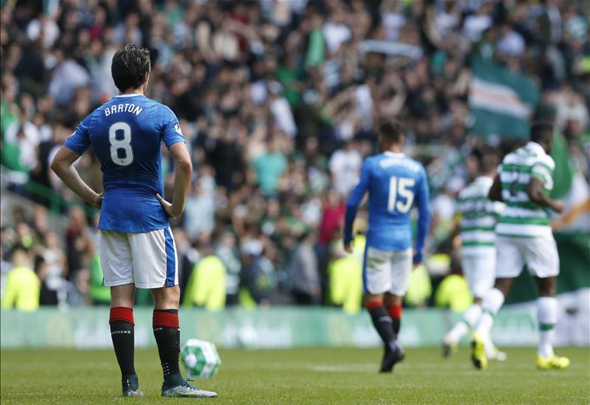 Joey Barton will be told to train with a Rangers academy side as he is finally given permission to return to training.

The 34-year-old has been suspended since September after a training ground spat with fellow Rangers midfielder Andy Halliday following the Gers 5-1 loss to Old Firm rivals Celtic.

Now, Barton has been granted a return to the side after attending a disciplinary comittee as he eyes a return to Mark Warburton’s side.

However, Sky Sports reporter Kaveh Solhekol revealed on his personal Twitter account that Barton will not return to first-team training.

Barton is no stranger to controversy after receiving the Premier League’s second largest ban of 12 matches following his actions after a red card against Manchester City, as well as serving jail time during his Newcastle days.

The one-time England international has had to endure taunts from home and away fans after a dismal start both on and off the pitch.

The Gers are currently second in the Scottish Premiership and sit nine points behind the Hoops, but will look to close that gap on Sunday against Ross County.

In other Rangers news,  fans have also taken to Twitter to express their dismay at seeing Niko Kranjcar ruled out for the rest of the season.