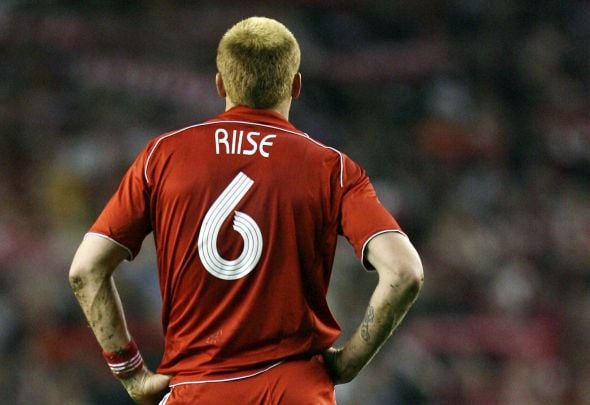 John Arne Riise has said that he believes Jurgen Klopp’s Liverpool tactics would suit him if he was still playing for the club.

Klopp’s high-tempo, pressing tactics are something that Riise said that he would see himself enjoying more than Pep Guardiola’s slow, possession-focused build-up play.

Riise was being asked which of the two managers he would rather play for and he said that the German boss would be his ideal choice, despite him admitting he’s a big Barcelona supporter.

Guardiola won two Champions Leagues and three La Liga titles during his time at Riise’s beloved Barca, but as a former Liverpool player, he insisted that he would choose Klopp out of the two.

“I would play for Klopp because the style he plays suits my style better. Going forward more, that kind of thing, his style suits me more,” said the ex-Norway international, in a video on the Stadium Astro YouTube page.

“But I love Guardiola, for what he did at Barcelona, I’m a Barcelona fan, and the way he plays the football.

“Sometimes he is too stubborn, I guess Monaco is a big proof of that, that he won’t change his style.”

The two managers embraced at the final whistle following Sunday’s 1-1 stalemate between the two sides.

Riise made 341 appearances in all competitions with Liverpool and was part of the famous squad that came back to beat AC Milan in the 2005 Champions League final.

Despite missing a penalty in the shoot-out after 120 minutes of action, Riise is a cult hero at Anfield where he also lifted two UEFA Super Cups, an FA Cup and a League Cup.

After he left Merseyside, Riise had a spells at Roma and Fulham before winding down his career in multiple short spells at APOEL, Delhi Dynamos and Chennaiyin.

In other Liverpool news, Neil Taylor has delivered his thoughts on the international call-ups for these two teenagers.