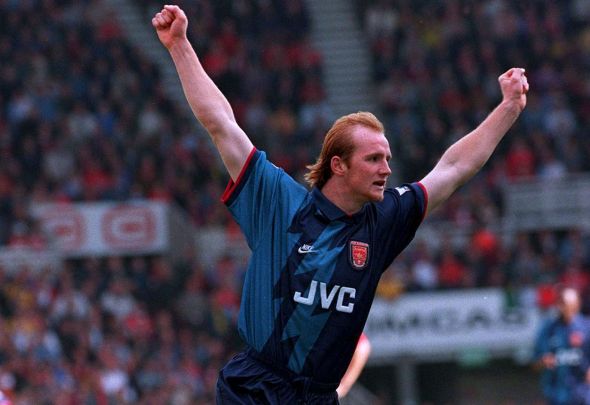 The Gunners have the chance to leapfrog their rivals and go to the top of the table, if they can see of the challenge of Jose Mourinho’s men.

Hartson, who played for Arsenal between 1995 and 1997, claimed on his personal Twitter account that he expects to see the Gunners secure a narrow win against their bitter rivals.

Arsenal have a poor record at Old Trafford.. Wenger has an even worse record against Mourinho, but I'm thinking Arsenal may nick it today! https://t.co/kyizVzzhlH

This comes despite Arsenal’s poor record at Old Trafford and Wenger’s abysmal record against his Saturday dugout rival.

In 15 meetings, Wenger has beaten Mourinho just once while the former Porto, Chelsea and Real Madrid boss has triumphed eight times.

In their last encounter, United secured an impressive 3-2 victory against their rivals with youngster Marcus Rashford bursting onto the scene with an impressive brace.

Now a football pundit with BT Sport, Hartson believes that history will not repeat itself despite Arsenal’s record at Old Trafford.

The Gunners will be without flying full-back Hector Bellerin, who has been ruled out for four weeks with an ankle injury while Manchester United must do without Zlatan Ibrahimovich who is suspended.

A loss for the Gunners would see Liverpool, Chelsea and Manchester City all gain ground in the race for first position in the Premier League.

Hartson played 73 times for the Gunners in all competitions during his two-year spell, scoring a total of 18 goals.

In other Arsenal news, this attacker has returned to training ahead of Saturday’s showdown.