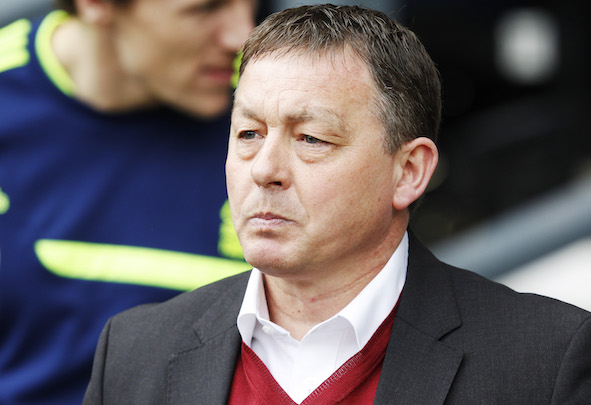 Former Nottingham Forest midfielder Jonathan Greening believes Billy Davies would be the ideal choice to take over at Rangers.

Davies, who worked alongside Greening at the City Ground in 2013, is among a long list of names linked with the vacant managerial post at Ibrox, after Mark Warburton was dismissed earlier this month.

But Greening claims that Davies is one of the best managers he has ever worked under, and insisted he was the only logical choice for the Scottish club moving forward.

He told the Scottish Sun: “Rangers is a massive club. They need someone to come in and do a great job and I’d back Billy to do that 100 per cent.

“Look at his record of turning clubs around and being successful. He’s one of the best out there and I can’t understand why he’s not been given a chance.

“He would demand good attractive football with lots of goals, play on the front foot, be well organised and hard to beat. For me he’s the only fit for the job at the moment.”

Ex-Rangers goalscorer Kris Boyd, meanwhile, also labelled Davies as his pick to be the next chief at Ibrox. The 33-year-old hailed Davies as a ‘born winner’, having played under him during his short spell at Nottingham Forest in 2011.

Davies has been out of work since leaving Forest for the second time in his career in 2014. His managerial career also saw him take charge at Preston and Derby, while he has previous Scottish management experience from a spell at Motherwell between 1998 and 2001.

His current unemployed status could raise alarm bells in the Ibrox camp, as Rangers might prefer to consider candidates who have had a more recent involvement in the game.

However, it does mean that he could be available and willing to join immediately, unlike several of Rangers’ other top candidates.

In other Rangers news, this Tottenham senior man is believed to be vying for the director of football post at Ibrox.