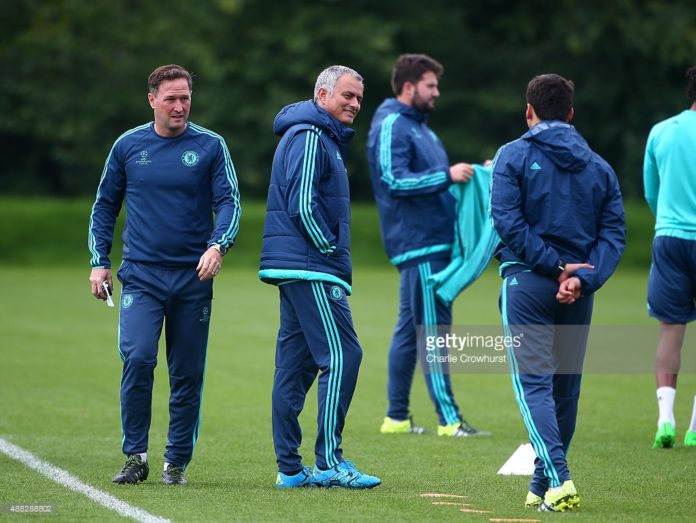 By Chelsea correspondent Tony Hughes
Jose Mourinho has dismissed suggestions that his position as Chelsea manager could be under threat if he does not rectify the team’s poor start to the season.

Amid growing unrest in the squad about the team’s performances, Mourinho said: “I am the current champion of England – why should I be in trouble?

“It is simple to accept that the results are not good because that’s football. Every season you have some teams that don’t start well and have bad results: injuries, bad luck and it is sad that people go in other directions where they don’t exist.

“Our problem would be if problems are real. It is a big problem because our life is about getting good results. In other clubs you have to go back five or ten years to remember good results.

“For us it is three months and then we were the best teas, the best manager, the best players. We are not happy. But we know what we are.”

Asked about disharmony in the squad, Mourinho said: “You cannot expect that we are all smiles and laughing and joking, it is a basic answer. When people are not getting the success and we do work hard, people are frustrated and not happy.”

Mourinho will wield the axe for the Maccabi clash. He did not say who is at risk, but admitted there will be changes following their second successive Premier League defeat at Everton on Saturday.

He said: “Yes I am going to make a couple of changes because I have to try a different dynamic. I have to give chances to people who are not playing.