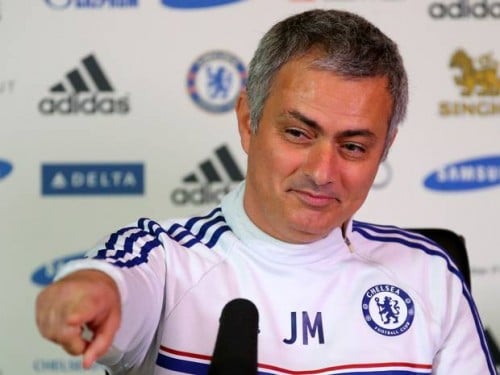 By Chelsea correspondent Tony Hughes
Jose Mourinho looks like he is “begging for the sack” as he routinely humiliates his senior players.
That is the verdict of former Liverpool and Bayern Munich midfielder Dietmar Hamann, who says he will be”stunned” if the Portugese is still at the club by the end of the season.
Mourinho has not held back in his criticism of many of Chelsea players with a number of post-match rants just months after he led the club to their first Premier League title in five years.

“It looks like he’s begging for the sack,” Hamann told talkSPORT on Wednesday.”He seems to be falling out with all the players.

“If you want to get a reaction from a player and you put him on the bench like he did with [Eden] Hazard the other day, it’s not a problem. But you don’t bring him on in the 89th minute to humiliate him and embarrass him even further.”

Chelsea, who were held to a goal-less draw by Dynamo Kiev in the Champions League on Tuesday, have already lost five matches in all competitions this season and even skipper John Terry has borne some of Mourinho’s criticism.

“John Terry was humiliated after the Manchester City game when Mourinho said, ‘I’ve backed him through thick and thin and I can do whatever I want with him’. No, no, he’s not an it, he’s a player who has been the heart of that Chelsea team for the past 15 years.

“If I look into the Chelsea dressing room now, do I think the majority of players would like to see the back of him? Yes, I think they would.

“Once you have that mood in the dressing room, and I can imagine what the likes of Hazard, Ivanovic, even Terry think about him, once you lose that respect and that trust for the manager, it’s curtains. It’s over. End of.