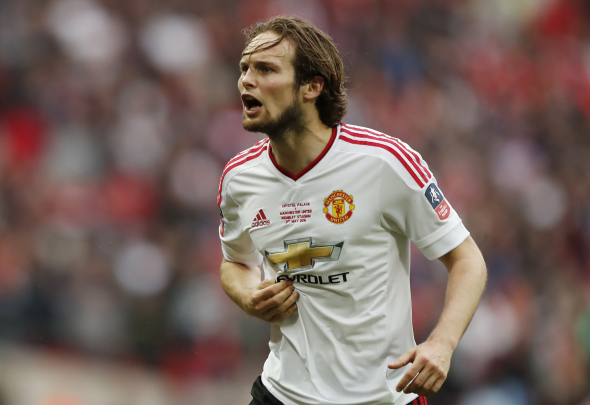 Jose Mourinho should drop Marcos Rojo for Manchester United’s clash against West Ham – and replace him with Daley Blind.

Alongside Phil Jones, the 26-year-old was nervous as he gave the ball away and committed a number of needless fouls while straying away from the defensive line.

Blind was given his chance alongside Jones on Thursday, as Rojo dropped to the bench during United’s 4-0 triumph against Dutch giants Feyenoord.

The Holland international was at his classy best as Mourinho’s side enjoyed possession for large parts of the Europa League clash, while looking assured in defence.

Now in his third season with United, the former Ajax star’s calmness on the ball and intelligent footballing brain should be enough for Mourinho to start him over Rojo.

Rojo, who can also play at left-back, had been partnering Blind at the heart of United’s defence before Jones was reinstalled at centre-back following a return from injury.

United’s number 17 has played an integral part in six of United’s clean sheets this season, during his 15 league and cup appearances.

Three points for Mourinho’s side would see United close the gap to fifth place Tottenham to just two points, after Spurs lose to Chelsea on Saturday.

In other Manchester United news, these three players will prove pivotal against the Hammers.