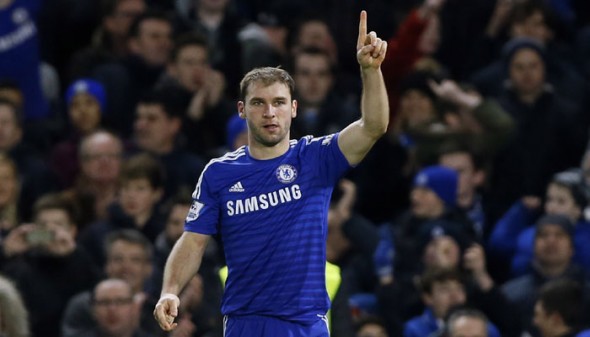 By Chelsea correspondent Tony Hughes
Branislav Ivanovic has been told by Jose Mourinho he will be axed if he does not improve his Chelsea performances.
The manager claimed today that the Serbian remains the team’s best right-back but has admitted he has spoken privately to the player at the club’s Cobham headquarters about his poor form.
Ivanovic has kept his place in the Chelsea side this season despite a series of mixed displays, culminating in an error-strewn effort in Tuesday’s 2-1 defeat to Porto.
Asked why he is still picking the 31-year-old, Mourinho said: “Well, that’s something I speak about with Ivanovic. Ivanovic likes to speak with me, and Ivanovic likes to speak with me about his mistakes, and is not crying.

“He’s not crying, he’s not a prima donna, and I’m critical with him. We speak about what he has to do to try and improve.

“I have no doubts he is my best right-back, and that he has to improve in some aspects of his game this season. Simple as that.”