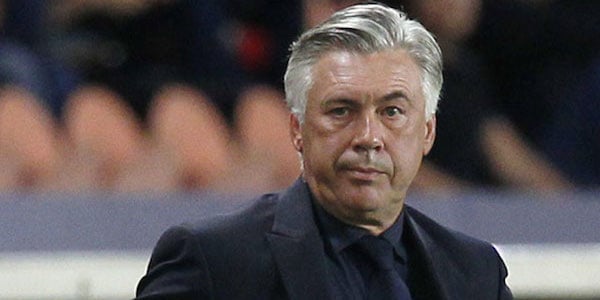 By Chelsea correspondent Tony Hughes
Jose Mourinho will not be sacked as Chelsea manager, according to Carlo Ancelotti.
The Italian has said he would be interested in returning to Stamford Bridge at some point in the future but insists the position will not be vacant for some time.
Ancelotti, who led Chelsea to the Premier League and FA Cup double in 2010 before being sacked in a corridor at Everton a year later, said: “I would have no problem with Chelsea. But Jose won’t be sacked. They already choose to keep him, and I think they made a good choice.”
Football Insider revealed on Monday that Mourinho would not be sacked during the international break following talks with the board.
Roman Abramovich has pledged to stick with the under-fire Portugese despite the team’s catastrophic start to the season that has left Chelsea rooted in 16th in the Premier League table.
Saturday’s 1-0 defeat at Stoke was the champions’ seventh league defeat of the season and their third in a row following reverses at the hands of Liverpool and West Ham.

“I look from a distance at Chelsea and I think they won the title easily last year and I don’t think they are so motivated this year,” observed Ancelotti.

“It’s true that the manager has to be able to motivate players but the manager cannot motivate a player if the player is not self-motivated. It’s impossible. They have lost something and it’s difficult to change like a switch. You have to work slowly to change.

“But Mourinho is one of the best managers in the world, no doubt. I look at his body language and he’s OK. He is not so worried. He has confidence. During the Dynamo Kiev game the supporters were singing his name. He’ll sort it out.”

There is now likely to be a major overhaul of the squad next year, firstly in the January transfer window and then again next summer.
Sources have said that at least six Chelsea stars are set to be shipped out to make way for new blood.