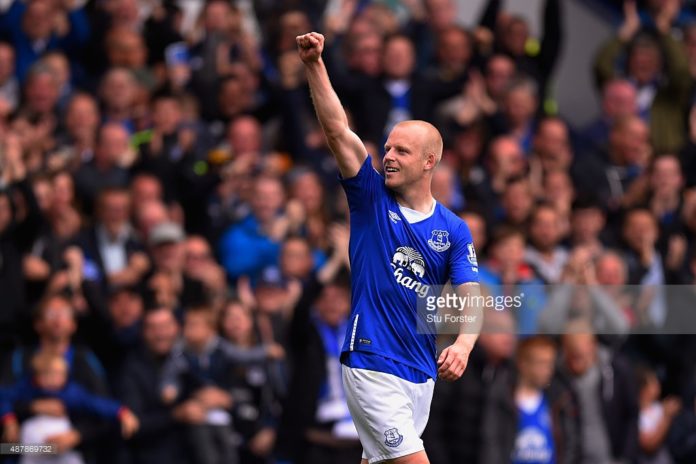 By Chelsea correspondent Tony Hughes
Chelsea will not win the Premier League this season, Cesc Fabregas looks as if he has already started on the downward slide and other things we learned from Everton’s convincing win over the champions.

Chelsea are playing for second place
This is no longer a blip for Jose Mourinho’s team. It is a full-blown crisis. Five matches have yielded four points and a barely credible three defeats, with Everton following Manchester City and Crystal Palace in claiming the biggest Premier League scalp of them all. With 33 matches of the campaign remaining there is plenty of time, in theory, for Chelsea to turn around their worst start to a season for 27 years. But no team has ever won the Premier League in its 23-year history after starting a new campaign as poor as the Londoners have. Moreover, City have ended the weekend 11 points clear of their principal title rivals and, even at this embryonic stage of the season, that is surely too much ground to recover. We have not even turned our central heating on yet and Chelsea are out of the title race.

Costa’s temper is out of control
Week after week, the images are the same. Diego Costa suffers a slight, real or imagined, and responds by squaring up to his opponent, thrusting forward his head before withdrawing in the nick of time. The net result is sometimes a quiet word from the referee, sometimes a yellow card. It is unsavoury and unnecessary. Costa is clearly a sportsman who has to play in a bad mood to achieve his maximum. But his temper is out of control and he needs to correct it. Against Everton, Costa exacted revenge by launching into a horrible two-footed challenge from behind. He was lucky not to see red. Given that nothing has changed on the behaviour front in 13 months, it will probably require a sending-off or two for the Brazilian-born striker to mend his ways.

Fabregas looks as if he might be starting the long downhill descent
Now 28 and with all the experience and game know-how that accompanies such an age, Cesc Fabregas should be at his peak. That does not look to be the case. It is not just that the Spaniard has looked a yard off the pace in Chelsea’s early-season assignments, he also looked lethargic for the final months of their title-winning campaign. The £30million former Barcelona man appears as if he has started the downhill descent that all players eventually experience. Fabregas has clocked up a couple of hundred more appearances than the average 28-year-old. The Everton match was his 503rd competitive club assignment. He has also played 96 times for the Spain national team. His brilliant form 12 months ago looks increasingly like that it will be the best Chelsea fans see of the midfielder.
It is time for Ivanovic to be axed
Branislav Ivanovic has had a horrible start to the season. That we know. He has been at fault for so many of the goals conceded by Chelsea this season, and given the run-around by so many wide attackers, that it was a surprise Mourinho selected him at Goodison Park. The Serbian did not repay his manager’s faith. It is surely time for Ivanovic to be taken out of the firing for his own good.

Naismith is one of the Premier League’s most under-rated players
What a fine player Steven Naismith is, the type every manager would love to have at their disposal. Lacking in height, pace and power he may be, but the wee Scot has an excellent habit of delivering crucial goals. His three goals against Chelsea, one header and one with either foot, demonstrated his all-round ability and elevated him into rare company as one of only six substitutes in Premier League history to score a hat-trick. “Steve is a really important player for us, not just today but over the last two seasons he has been growing week by week. He showed everyone that he is ready for his moment and he did it in real style,” observed Roberto Martinez afterwards. It will be hard to leave Naismith on the bench for Everton’s next match.