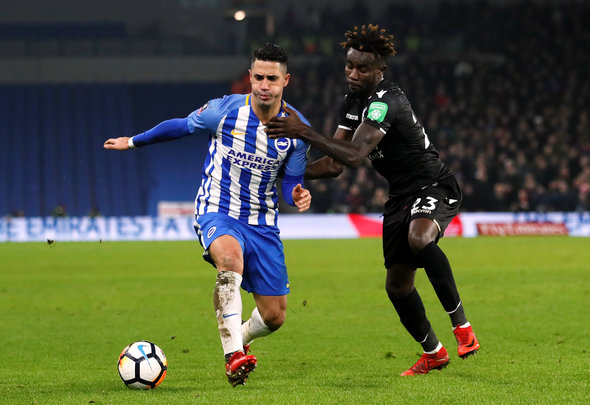 Crystal Palace defender Pape Souare is keen on securing a move to Newcastle United in January as the two Premier League sides hold talks over a potential loan deal, according to a journalist.
Reporter for talkSPORT Geoff Peters has claimed on his personal Twitter account that both the Magpies and the Eagles are open to securing a loan deal for the 27-year-old left back after failing for feature in the league for his current club.

Newcastle and Crystal Palace have held discussions about Senegal international defender Pape Souaré moving on loan to the Magpies this month. All parties are keen #nufc #cpfc pic.twitter.com/7WTFsAULRs

The 22-cap Senegal international has recovered from a broken leg suffered in a traffic collision which left him out of action for over a year, but despite that he still only has only three cup appearances to his name this season, his last outing the 2-1 defeat to Brighton on Monday.
He has been left as an unused substitute for six Premier League games this season, with a total of 58 outings under his belt for Palace since signing from Lille in 2015.
Football Insider verdict
Newcastle showed during the first half of the season that they were desperately missing a natural left back following Paul Dummett’s injury on the opening day, with the likes of Javi Manquillo and Chancel Mbemba filling in. As such, a move for Souare seems sensible, although his lack of game time might be a concern to many. Has he truly recovered from his leg break? Palace’s decision not to use him suggest not, and Newcastle cannot be affording to take risks in the window with Premier League survival on the line. The fact the Eagles are willing to allow him to depart to their relegation rivals will also strike supporters as strange, and as such this should be a move the Magpies pass up on.
In other Newcastle United news, the club have begun talks over securing a shock deal for a 27-year-old.