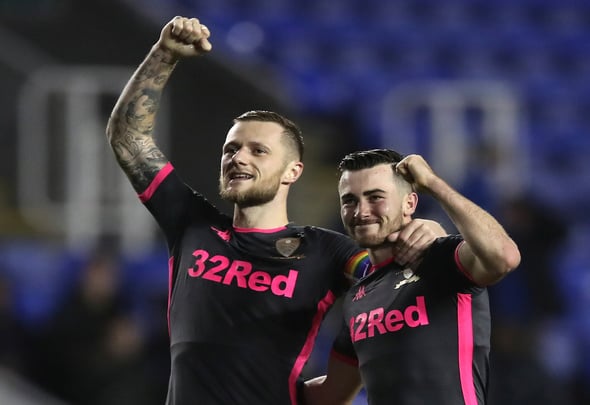 Noel Whelan has been left head over heels with Leeds United winger Jack Harrison after his recent performances for the Whites.

Speaking exclusively to Football Insider assistant editor Russell Edge, the former Leeds striker and lifelong fan at Elland Road says that the 23-year-old has shown a marked improvement in quality in recent weeks in his second season at the club.

Harrison scored his third goal in four games on Tuesday night, heading home a late winner against Reading, while he remained in the starting XI for Saturday’s win versus Middlesbrough.

Whelan says that after watching the Manchester City loanee for nearly a year-and-a-half, he is finally seeing why manager Marcelo Bielsa brought him back over the summer.

Whelan told Football Insider: “He’s really showing his worth and why Marcelo Bielsa backed his talent. I’ve got to say, his overall game at the minute is a joy to watch.

“His off the ball, his work rate and I think we can see, just by the goal (on Tuesday) where it all started – him winning the ball back and then he runs the full length of the pitch to get on the end of a fantastic Helder Costa cross.

“I very much doubt he will break into the Manchester City first-team as a regular player but there’s no doubt with his performances and the way he has been going about his business at Elland Road now, I’m sure he’s caught the eye of some of the other teams in the Premier League.”

Harrison played the full 90 minutes at Elland Road as goals from Patrick Bamford, Helder Costa and Matuesz Klich sealed a 4-0 win over Middlesbrough, the Polish midfielder netting a brace.

Harrison has already matched his attacking contribution from last season in terms of both goals and assists with four of each in the Championship.

In other Leeds United news, Football Insider can reveal that the Whites’ promotion rivals are in pole position to take Eddie Nketiah on loan in January.