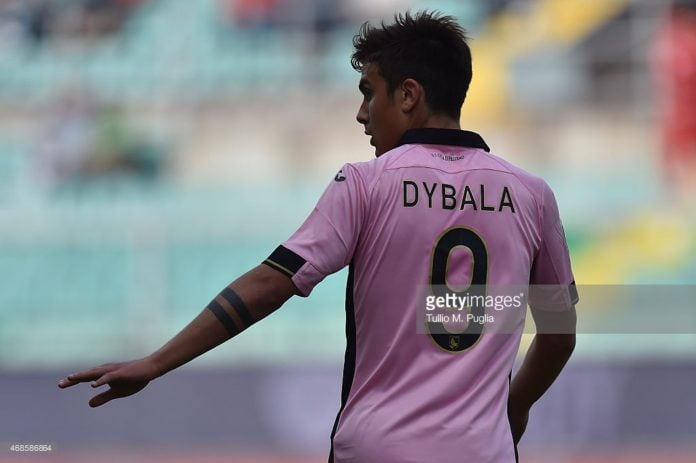 The Serie A champions are in advanced discussions with Palermo over capturing the Argentine for around £23million.
Arsenal and Chelsea have both had meetings with the Sicilian club and Dybala’s representatives but have accepted that the 21-year-old striker is set to sign for Juventus.
Dybala has been targeted by a number of leading clubs after Palermo made it clear they would sell him this summer rather than allow him to enter the final 12 months of his contract.
Arsenal and Chelsea have extensively scouted the forward this season and have been impressed by his ability to play anywhere across the forward line. The Premier League giants registered their interest in Dybala in a bid to trump Juventus for a player who has contributed 13 goals and 10 assists this season in Serie A alone.
As revealed by Football Insider, Arsenal told Palermo in initial discussions they rate Dybala at just below the £20m mark and are unwilling to pay more for the player, while Juventus have now offered £23m.
Talks between the Champions League semi-finalists and Palermo are now centring on the structure of the deal and the performance-related add-ons that could be added to the initial fee. All parties are confident that a deal will agreed in the coming weeks.

Palermo president Maurizio Zamparini has claimed that Arsenal and Juventus have made offers for Dybala and that the Londoners are the player’s Premier League “first choice”.
However, the Gunners baulked at Zamparini’s public valuation of his prize asset of €40m (£28.5m) and Arsene Wenger denied the Gunners had made a bid.
Dybala, who will miss the rest of the season through injury, is out of contract in the summer of 2016 and his representatives told the Serie A club earlier this year that he will not sign a contract extension.