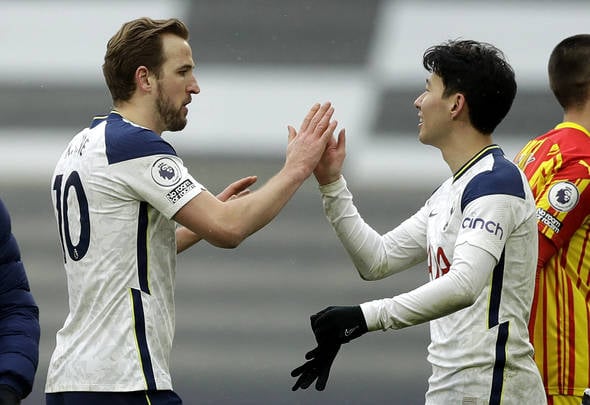 That’s according to former Celtic and West Ham striker Frank McAvennie, speaking exclusively to Football Insider in the wake of Monday’s surprise news.

Mourinho was dismissed just days after his side drew 2-2 with Everton at Goodison Park, another game in which Spurs took the lead and failed to win.

Thank you for everything Boss. A pleasure to have worked together. I wish you all the best for your next chapter. pic.twitter.com/n3MLECMdC1

Following the announcement, Kane posted a message on his social media accounts which included an image of himself and Mourinho with the message ‘thank you for everything Boss’.

On Instagram, Son said, “I have no words to describe how I’m feeling, it’s been a pleasure to work with you, I’m sorry things didn’t work out and truly grateful for the time we’ve had together.”

McAvennie insists the Spurs pair will have been hurt by Mourinho’s dismissal after their undeniable improvement during his tenure.

“They wouldn’t do that if it wasn’t true, they’re going to miss him because he had them both playing incredibly well.

“Especially at the start of the season when Son couldn’t stop scoring.

“Kane’s scored 31 goals. My god, you’ve got people criticising and saying he’s having to come deep but he’s got 31 goals out of the boy.”

Kane is having a fine season after picking up 31 goals in 41 competitive appearances with 21 of his strikes coming in the Premier League.

Tottenham started life without Mourinho with a 2-1 win over Southampton on Wednesday night as goals from Gareth Bale and Son overturned Danny Ings’ opener.