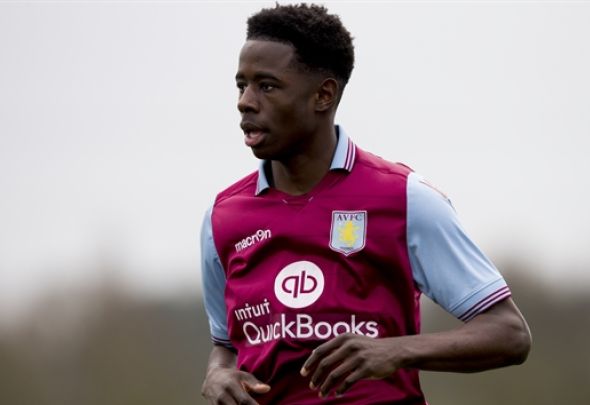 Keinan Davis revealed that he was delighted to make his Championship debut for Aston Villa despite losing to bitter rivals Wolves.

The 18-year-old midfielder was brought on to the field in the dying embers of the match for Australia captain Mile Jedinak as Villa lost 1-0 to Paul Lambert’s side.

Posting on his personal Twitter account, Davis revealed it was a “good feeling” to make his debut for the Midlands giants on Saturday evening in front of the television cameras.

Playmaker Joe Mason scored the all-important winner at Molineux to earn three Championship points after January signing Sam Johnstone spilled a cross at the feet of the Wolves attacker.

The score remained 1-0 until the final whistle as the likes of Ross McCormack and Gabby Agbonlahor failed to get their name on the scoresheet at the other end.

Signed from non-League side Biggleswade Town back in December 2015, Davis will be delighted to make his league debut as he looks to prove to manager Steve Bruce that he deserves a new contract.

Villa’s number 45 made, who made his professional debut earlier this month in the third round of the FA Cup against Tottenham, has just six months remaining on his current deal.

Davis will be hoping to feature against Preston in a week’s time at Villa Park, as Bruce looks to turn around his side’s recent form that has seen them fail to win in their last three outings.

In other Aston Villa news, Bruce has identified the area he needs to strengthen this month.