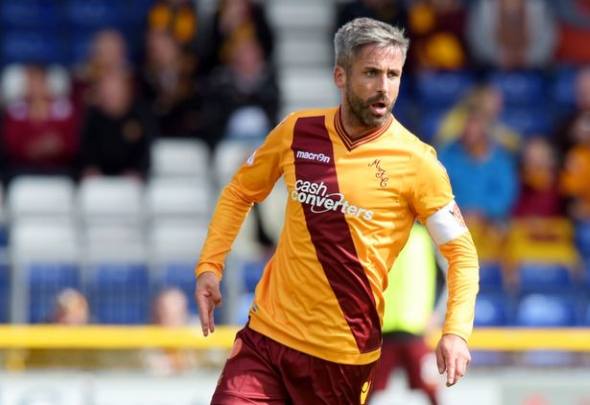 Motherwell assistant manager Keith Lasley believes playing for Brighton will have “prepared” attacker Jamie Murphy for Rangers ahead of his imminent signing by the Ibrox giants.
Murphy is very much expected to sign for the Gers on Friday after he was widely reported to be undergoing a medical in Glasgow.
The 28-year-old was a key player in Brighton’s push for promotion last season from the Championship but has struggled for game time in the Seagulls’ first season in the Premier League.
Lasley played alongside Murphy at Motherwell and thinks the experience of playing in big stadiums in Engand will help Murphy get used to his new environment.
“He knows the club, a Rangers supporter as a boy,” Lasley said, as quoted BBC Scotland.
“I’m sure he’s been to the stadium many times, he’s played there as an opponent many times, so I don’t think he’ll be overawed.
“The fact that he’s been to a big football club down south, played at a lot of big stadiums and venues; everything about the set-up he’ll be used to.
“I think he’ll be prepared for that. He’ll be looking forward to it.”
Murphy will becomes Rangers second signing of the transfer window after midfielder Sean Goss agreed a season-long loan deal from QPR.
The former Motherwell and Sheffield United winger was pictured after arriving at Glasgow Airport on Thursday afternoon and is expected to be part of the Rangers squad who travel to the United States on Saturday.
The Gers will face Atletico Mineiro and Corinthians in the Florida Cup during their time in America before returning to domestic action on January 21st when they take on Highland League minnows Fraserburgh.
In other Rangers news, a defender has agreed terms for a temporary ibrox exit.