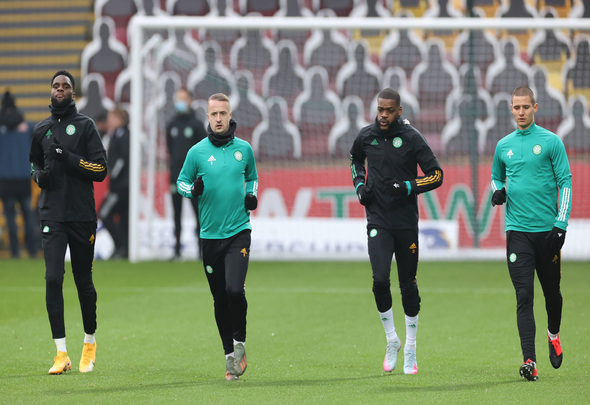 Frank McAvennie insists Celtic should ‘go for it’ and play two strikers against Rangers this weekend.

The former Hoops hitman, speaking exclusively to Football Insider, claimed Leigh Griffiths and Odsonne Edouard can cause problems for the Gers’ defence on Sunday.

Neil Lennon and John Kennedy have both mainly utilised systems that only use one striker this season.

This can leave the striker, usually Edouard, isolated and battling with two centre backs as he looks to make progress.

McAvennie insists that the current system doesn’t work and that Kennedy should stamp some authority on his Celtic career with a system change at Ibrox.

“I just don’t get it. Kennedy had a chance to prove himself, why would you not play two strikers?

“I know the fans won’t be there but they’ll be watching. Play two up and just go for it. I think he’s trying to overcomplicate things.

“It gives Rangers something to worry about and it’s not exactly a radical change. Edouard has to come short all the time which makes life easy for the defenders.

“If you’ve got Griffiths wandering around behind you then you’re always going to be worrying about it.

“Kennedy has a chance to stamp his authority because it’s not working at the moment.”

Griffiths and Edouard have 22 Scottish Premiership goals between them this season with the former proving to be the hero in Celtic’s last game.

Griffiths’ late header levelled the scores against Aberdeen and kept up The Hoops’ remarkable unbeaten record at Pittodrie.