Kevin Phillips has insisted Adrian will have been left “devastated” by his calamitous midweek Liverpool display.

Speaking exclusively to Football Insider, the ex-England striker claimed there will be question marks over the future of the Spanish goalkeeper after his Anfield blunder turned the Champions League last-16 tie on its heads.

Liverpool were 2-1 ahead on aggregate in extra time when Adrian’s misdirected pass was seized upon by Atletico Madrid and he then slipped in trying to keep a long-range shot out of his goal.

Atletico followed up with two more extra-time goals as the Champions League holders were eliminated from the competition.

Phillips is in no doubt that Liverpool would not have let Atletico come back into the clash if number one Alisson had been fit.

“Alisson missing in such a crucial game was always going to be a big blow,” Phillips told Football Insider. “Unfortunately, a mistake from Adrian has led to the goal and his future will be highlighted now.

“Ultimately his mistake has seen them dumped out of Europe. But he does not need telling, he will be devastated, gutted, however you want to put it.

“If Alisson was playing the mistake would not have happened.” 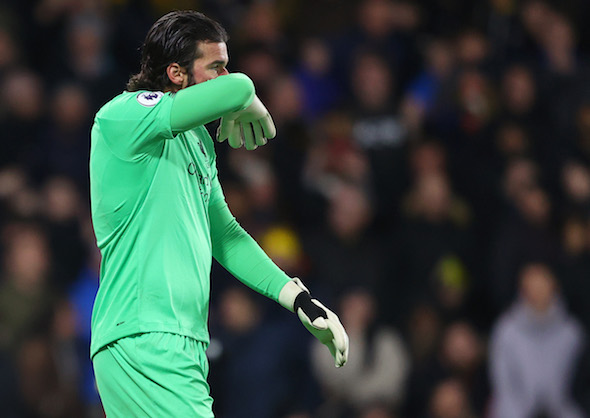 Adrian deputised for Alisson earlier in the season when he limped out of the season opener against Norwich City with a calf injury.

The Spaniard’s second stint in goal has come after the Brazilian suffered a major hip injury that has ruled him out of Liverpool’s last four games.

In other Liverpool news, it can be REVEALED than an emergency meeting is to discuss handing the Reds the title within days.