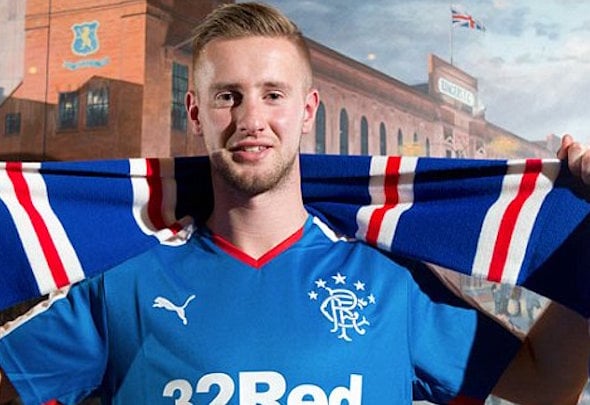 Rangers forward Billy King expects to re-join Hearts next season – but has admitted his future remains up in the air.

King, 21, joined the Scottish giants on a loan deal in January that runs for the rest of the campaign.

Playing predominantly on the flanks, the youngster has impressed for Mark Warburton’s promotion favourites, prompting speculation Rangers could try and convert the move into a permanent deal.

However, Hearts manager Robbie Neilson has spoken of his confidence that King will return to the Scottish Premiership club in the summer.

King refused to be drawn on where he sees his long-term future.

“I’ve not really thought about that to be honest,” he said, as quoted by the Scottish Sun. “I’m just concentrating on Rangers just now, winning the league and doing my best until the end of the season. I’m not too busy thinking about the future.

“At the end of the season I’ll speak to Robbie Neilson, but as far as I know I’ll be going back to Hearts.”

Scotland Under-21 international King has scored three goals and supplied five assists this season for Hearts and Rangers, and is regarded in his homeland as a future player for the senior national side.

In other Rangers news, the club will be crowned champions of the second-tier division on Saturday if they win against Raith Rovers and Hibernian fail to beat St Mirren.