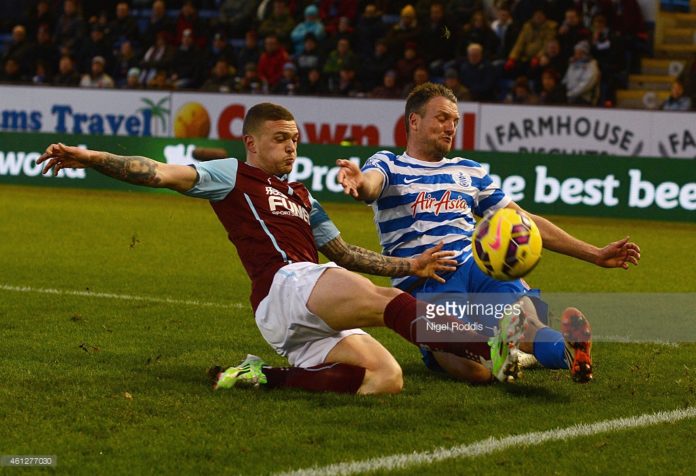 By Tottenham correspondent Tony Hughes
Kieran Trippier has agreed personal terms with Tottenham ahead of a proposed transfer to the London club, Football Insider sources understand.

The Burnley right-back is closing in on a move to White Hart Lane after Spurs indicated to the Championship club they would meet the £3.5million release clause in his contract.
Football Insider has learned that Tottenham and Trippier’s representatives have agreed the terms of a five-year contract worth around £35,000 per week.
The north Londoners are confident of completing an imminent deal for the 24-year-old, with the possibility that a medical could take place before the end of the week.
Liverpool, and Aston Villa are among the clubs who have showed strong interest in Trippier, who impressed in Burnley’s brief stay in the Premier League, but Spurs are now in pole position to secure his signing.
The England Under-21 international has two years remaining on his contract and is believed to have a stipulation inserted in the agreement that he can leave for a fee of £3.5m this summer.
Burnley have already lost England international Danny Ings to Liverpool while centre-half Jason Shackell is a £2m target for Championship rivals Derby County.