Darren Bent has urged Jack Wilshere to join a league like the MLS if he is to quit West Ham before his contract expires.

The former Tottenham and England striker, speaking exclusively to Football Insider assistant editor Russell Edge, believes the 28-year-old is “too good” for the Championship but that he will struggle to get another Premier League side to sign him. 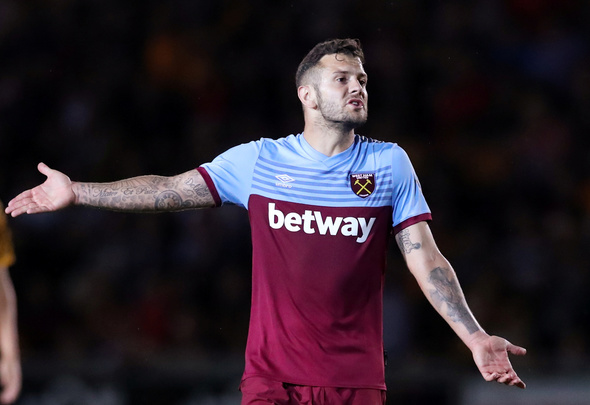 Wilshere, who joined the east Londoners back in 2018, has played just 18 times for the Hammers as injuries have plagued his time at the London Stadium.

Bent admits he just wants to see the midfielder enjoying his football again and suggests he should leave the Irons to move to the MLS.

“I’d love to see him go somewhere and play where he’s going to play every week and relax. I think he’s one of those players, he’s too good for the Championship and also the relentlessness of the Championship – Tuesday, Saturday, Tuesday Saturday – would be too much for him.

“The body that he’s in, I think it would be way too much for him, so for me I’d maybe like to see him go to the MLS, go play over there, get some sun, take the family over there.

“Get totally away from football in this country, enjoy his last few years playing, go over there for three, four years, have a good end to his career and then potentially come back.

“He’s too good for the Championship but I can’t see any Premier League clubs taking him on the wages he’s on. I’d like to see him go somewhere and enjoy his football again.”

In other West Ham news, the club are set to launch a mammoth bid for a proven Premier League star.