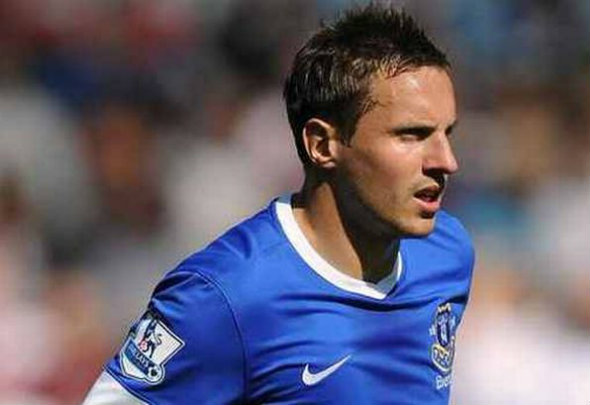 Ronald Koeman has revealed that that Phil Jagielka will make his comeback in Saturday’s game against Espanyol.

Centre-back Jagielka hasn’t appeared in any pre-season fixtures due to injury concerns.

Talking to evertontv, Koeman said it won’t be easy for Jagielka to come back but he will try and make the transition as easy as possible.

“Phil will be part of the squad,” revealed Koeman.

“Finally he is back and if you lose a period of your pre-season it makes it really tough to come back because it is a really important part of the season. It is in this period where you build your physical level.

“But he will be part of the team in the second half.”

Toffees captain Jagielka missed a period of last season with medial collateral ligament damage, and he missed out on a spot in England’s Euro 2016 squad.

Koeman also discussed the injury of Muhamed Besic after the midfielder revealed he is going to be sidelined for six months with a cruciate ligament injury.

Besic broke the news on his personal Twitter account on Friday morning, which was a big blow to the Merseysiders ahead of the new Premier League season.

The Bosnian midfielder was helped off just 12 minutes after coming on as a substitute in Wednesday’s Wayne Rooney testimonial match at Old Trafford.

“It’s very bad news, it is his cruciate ligament in his knee,” Koeman told evertontv.

“That is very disappointing; first of all for the boy because this kind of injury usually means six months out.

“Mo was doing very well and was really committed to fighting for his chance. He is a positive boy and he is still young, only 23, but it is a step backwards for him. You don’t want that for anybody.

“I told him that he if needs anything he will get all the support he needs from the management.”

In other Everton news, a former Arsenal ace has predicted that a quality Everton youngster will develop into a star.