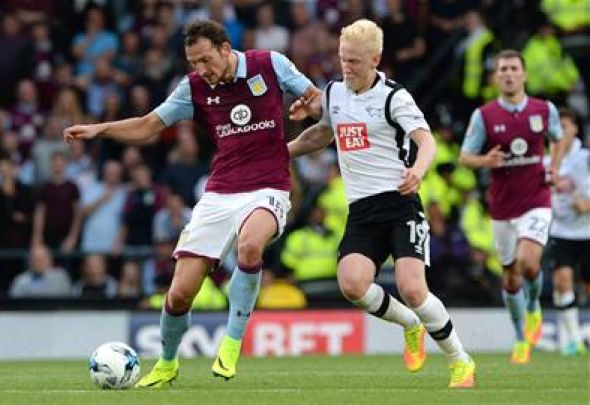 Aston Villa striker Libor Kozak has issued a passionate message to the club’s fans following his departure from the club last week.

Steve Bruce had confirmed on Friday that the 27-year-old had been released by the club after the expiry of his contract, having joined the club in the summer of 2013.

But Kozak took to his personal Instagram account on Monday to thank the Aston Villa fans for their support during his time at the club, and revealed he was deeply saddened not to have been able to repay their trust.

I would like to say thank you to all the Aston Villa football fans: thank you so much for supporting me and bearing with me for four years. I am deeply sad that I have not been able to repay your trust and faith. I have tried with all my strength but the last few years have been rather difficult for me..from the moment I was seriously injured on a bad tackle in training session! For this reason I am happy and ready to close a chapter and start a new one, yet this memory will stay forever with me. I love you all, Aston Villa supporters, and I really wish you best of luck for the future!

The Czech Republic international endured a tough time at Villa Park, making just 22 appearances in all competitions across four seasons.

He scored four goals from 15 appearances during his debut campaign with the Midlands outfit, but saw the remainder of his time at the club hampered by injury.

Kozak suffered a broken leg just four months after his arrival, and did not make his return to action for another 15 months, where he was handed a run-out for the reserve side.

But he continued to find first-team opportunities few and far between, having been dealt another shattering long-term setback in February that saw him ruled out for the remainder of the current campaign.

His last first-team appearance for Aston Villa came under Roberto Di Matteo back in September, during the 3-1 defeat to Bristol City.

In other Aston Villa news, talks have begun as Bruce plots a move for this Premier League 24-year-old.