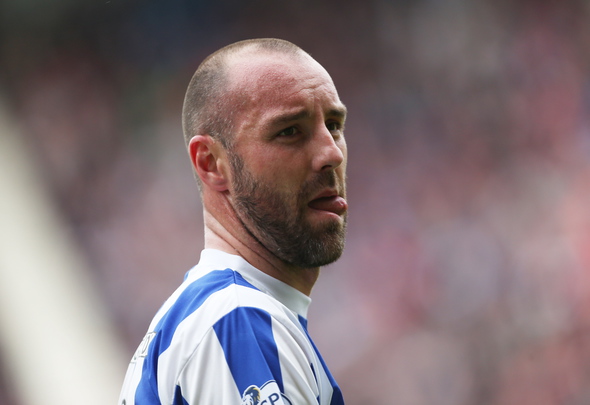 Former Rangers striker Kris Boyd has launched a bizarre rant over Rangers’ rejected bid for Kilmarnock team-mate Jordan Jones.
The Gers were widely reported to have made a £350,000 offer for the Northern Irishman which was rejected by the Rugby Park side – leading to Boyd accusing the Gers of “unsettling” the player.
Gers boss Graeme Murty has this month been revamping the squad he inherited from Pedro Caixinha and viewed Jones as part of his Ibrox rebuild.
Boyd claimed it has become a “common theme” for Rangers to make low offers and try unsettle players, even though it is regular practice to see clubs open the bidding at below the asking fee.
“It pretty much sums it up as there’s a common theme the whole time. There’s one club unsettling everybody. If they want players then pay the money and come and take them,” Boyd said as quoted by the Daily Record.
“There’s no point in dropping phone calls in here saying they want to this or that. If you want something you go and get it.
“We all know how football works. If a deal has been agreed and Jordan is happy with it, then go and pay the price to the football club.
“Jamie Walker was the exact same. There’s a list, we could go on and on.”
The Gers have already made four signings so far this month with Jason Cummings, Sean Goss and Jamie Murphy all arriving on loan while Declan John agreed a permanent move from Cardiff City.
Jones has scored three times in 25 appearances for Kilmarnock and made his debut for Northern Ireland in the recent World Cup qualifying playoff clash with Switzerland.
Kilmarnock are believed to be looking for closer to £1million for the ex-Middlesbrough attacker who is under contract with the Rugby Park side until the end of next season.
With Daniel Candeias, Josh Windass, Jamie Murphy and Jason Cummings capable of playing on the flanks, it looks unlikely Rangers will meet Killie’s valuation for Jones.
In other Rangers news, this international is expected to undergo a medical with the Gers on Tuesday.
We’ve launched a << BREAKING NEWS FEED>> exclusively for your club. ‘Like Us’ on Facebook by clicking here if you want 24/7 updates on all Rangers breaking news.