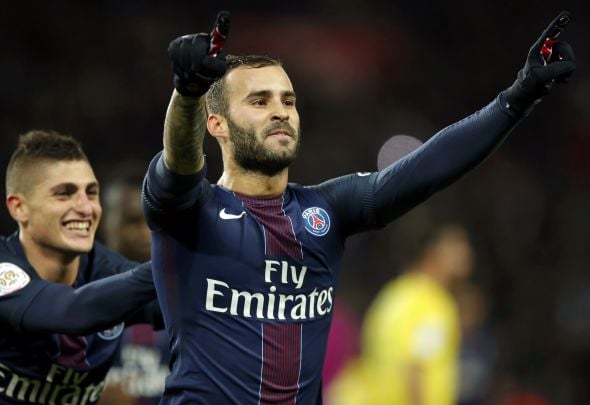 Liverpool are willing to pay what it takes to bring Paris Saint-Germain attacker Jese to Anfield, according to Las Palmas president Miguel Angel Ramirez.

Jese is likely to jump ship in January after making just two starts for the French champions since his £21million move to PSG in the summer from Real Madrid.

Ramirez told Spanish newspaper La Provincia that the 23-year-old forward was high on his on the La Liga side’s agenda, but was being outpriced by Liverpool, AC Milan and Roma.

“Jese Rodriguez is a great footballer,” Ramirez said. “He wants to come to Las Palmas, but he is owned by PSG and earns a salary that is of his level and that is very high.

“Liverpool, Milan and Roma want Jese and are ready to pay what he earns. We cannot afford that salary.”

PSG’s number 22 has started just two games this season for Unai Emery’s side, as he competes with Hatem Ben Arfa, Angel Di Maria and Lucas Moura for a place on the flank of PSG’s attack.

But with the attacking trio starting over the uncapped Spaniard, Jese is likely to consider any approaches come January.

Liverpool could enter the January market for a new winger with Sadio Mane set to leave in January to represent Senegal at the African Cup of Nations.

With Brazilian Philippe Coutinho set for a long spell on the sidelines before returning to full fitness, Jese could be high on Jurgen Klopp’s agenda.

In other Liverpool transfer news, here are three reasons why the Reds should move for this 32-year-old Bayern Munich ace.